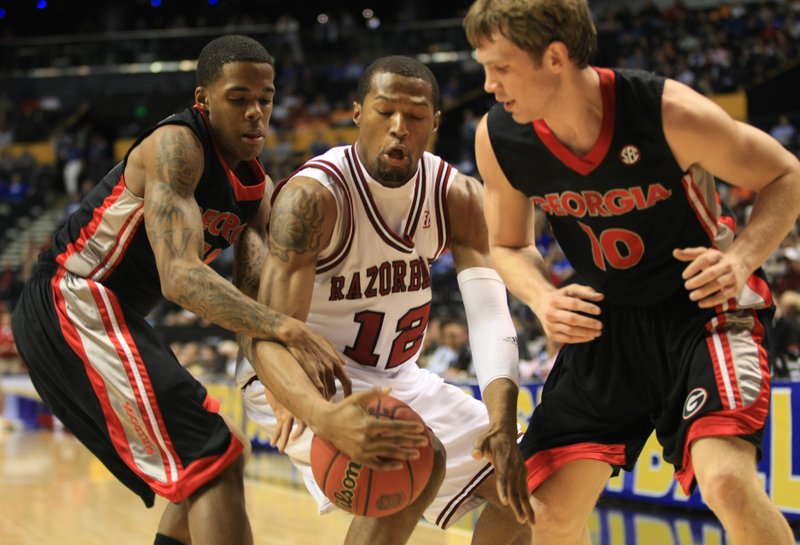 Arkansas' Marcus Britt fights for a loose ball with Georgia's Vincent Williams (left) and Ricky Mcphee (right) Thursday during their game in Nashville at the Southeastern Conference tournament.

Trey Thompkins had 23 points and 14 rebounds, and Georgia beat Arkansas 77-64 in the opening round of the Southeastern Conference tournament on Thursday night.

Georgia took a 43-32 lead immediately after halftime on a 3-point play by Jeremy Price.

Arkansas’ Mike Washington made all four free throws on back-to-back trips to the charity stripe to cut the Bulldogs’ lead to 52-49 with 10:22 left. The Razorbacks (14-18) continued to threaten in the second half but never pulled any closer.

The Bulldogs grabbed 16 offensive rebounds, nine more than Arkansas, and turned them into 19 second-chance points.

The Bulldogs will face the East’s No. 2 seed, No. 20 Vanderbilt, on Friday.