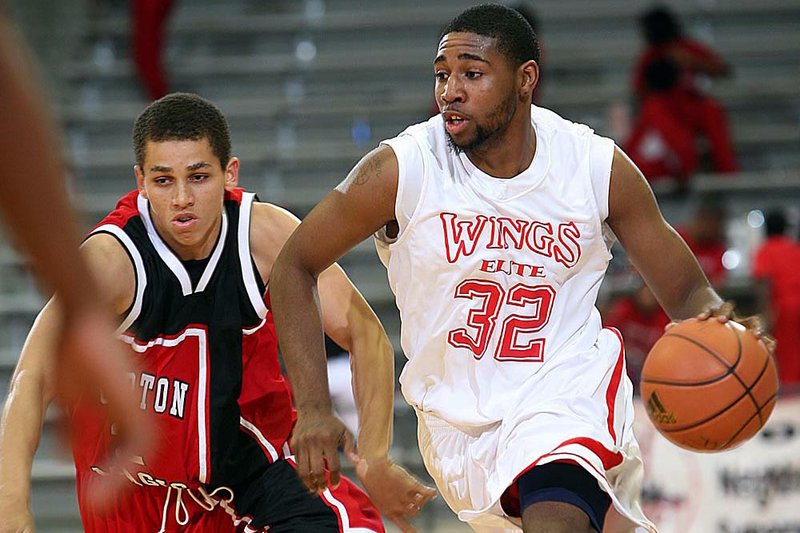 LITTLE ROCK — Arkansas’ hiring of Mike Anderson as its new men’s basketball coach was well received by one of the Razorbacks’ signees, but another wants to learn more about the new coach.

Arkansas announced Wednesday night that Anderson had been hired away from Missouri to replace John Pelphrey, who was fired March 13 after leading the Razorbacks to a 69-59 record during his four seasons at the school.

Anderson, 51, had a 111-57 record over the past five seasons at Missouri with three consecutive trips to the NCAA Tournament. He also spent 17 years (1985-2002) as an Arkansas assistant under former Coach Nolan Richardson.

“He and I have a good relationship from all the times we’ve met each other,” said Young, who is rated as the No. 21 prospect in the nation by ESPN. “He had a chance to check me out at the state [championships] about two weeks ago at the Mizzou arena.

“I like his style of play. He gets up and down the court and plays fast and gets out on the break and has an up-tempo defense with full-court pressure.”

Young said he is looking forward to talking with Anderson.

Forward Devonta Abron, 6-8, 233, of Dallas Seagoville said he is unfamiliar with Anderson but is receptive to talking with him and learning about him.

“I really don’t know anything about him,” Abron said. “I’ve been recruited ever since I was a freshman, and I was never recruited by him or anyone from his staff, so I don’t know much.

Abron, who averaged 27.4 points and 11.6 rebounds a game this season, is anxious to see how he would fit into Anderson’s plans.

“I want to know how he’ll utilize me,” Abron said. “I just want to get to know him and know what his style of play is like.”

Abron said he expects to make a decision on whether he’ll remain with Arkansas or ask for a release from his national letter of intent shortly after talking to Anderson.

Young and Abron are part of a highly rated incoming class signed by Pelphrey this past season. The group, which was ranked as the sixth-best class in the nation by ESPN, also includes three heralded instate players: Rashad “Ky” Madden of East Poinsett County,forward Hunter Mickelson of Jonesboro Westside and forward Aaron Ross of Little Rock Parkview.

The state’s top junior prospect, Archie Goodwin, a 6-4, 180-pound guard from Sylvan Hills, said he believes the hiring of Anderson was “big” for the Razorbacks.

“We’ve been waiting for a coach like this, not disrespecting Coach Pelphrey or Coach Stan Heath, because both of them are very good coaches,”Goodwin said. “He was under Nolan Richardson during the successful era we had at Arkansas, and he’s had success at Missouri, and I think he’s going to do the same at Arkansas.”

Goodwin, who’s rated by ESPN as the No. 17 prospect in the 2012 class, said Anderson attended one of his games this season and that his hiring helps the Razorbacks in their pursuit of him.

“Coach Anderson has recruited me hard, and he was one of the first head coaches to come to my school,” said Goodwin, who already has more than 40 scholarship offers from schools. “He showed a lot of interest throughout the summer and the school basketball season. I think he came to a game.

“Arkansas is where I’m from, and that means a lot. He’s a very good coach.”