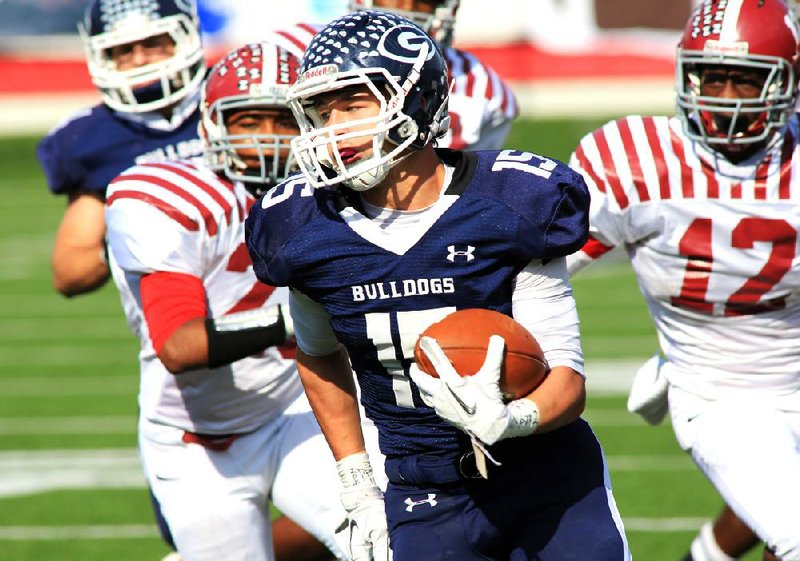 Morgan (6-foot, 180 pounds) rushed nine times for 83 yards and two touchdowns, and had four receptions for 87 yards and a score in Greenwood's Class 6A state championship win over Pine Bluff on Saturday. He also had nine tackles and an interception as the Bulldogs' claimed their third consecutive state title.

Previously committed to Arkansas State, Morgan had 82 rushes for 765 yards and 19 touchdowns, and 83 receptions for 1,122 yards and 14 touchdowns as a senior. He had 72 tackles on defense.

Morgan, who runs a 4.5-second 40-yard dash, took a visit to Arkansas on Monday.