Chiozza likes seeing Anderson at Battle of the Border 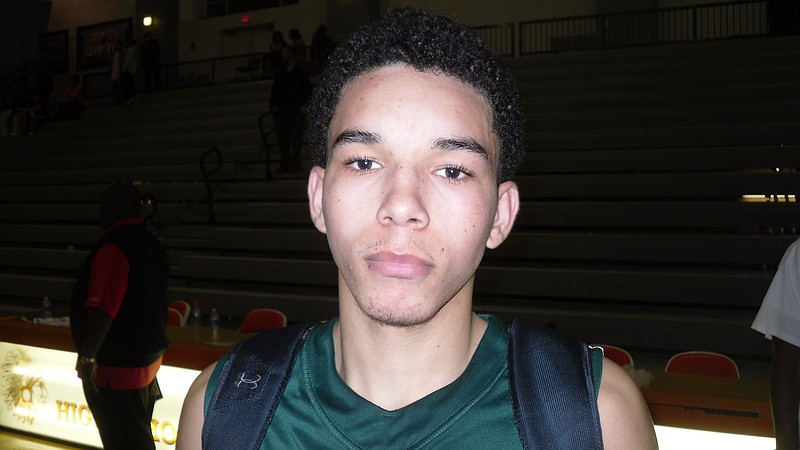 Arkansas basketball fans were treated to an abundance of high school talent from the Central Arkansas area and Memphis in the Battle of the Border at Little Rock Hall on Saturday.

Central Arkansas teams went 4-0 against Memphis is last year's event and were 3-1 going into the night's feature game with Little Rock Hall versus Memphis White Station.

"It was real big win," Chiozza said. "We were up in the stands watching Arkansas beat all the other Memphis teams and we decided in the looker room that we can't go 0-3. So we had to come out and make a statement and started off kind of slow but we stuck with our game plan and kept running them and played a tough game."

Chiozza, who had 6 points, said stopping Portis, who had 15 point and 12 rebounds, was a top priority. "He had a good game but we can't let one person beat us," Chiozza said. "We had to make everybody else play."

He said he was excited to see Anderson and Watkins.

"I didn't really see them in the first half because we were going away from them," Chiozza said. "The second half I saw them and I just tried not to play to impress them but play to help my team win the game and I think it worked."

Arkansas' exciting brand of basketball along with Anderson's background has Chiozza interested in the Hogs.

"I like coach Anderson's style of play," Chiozza said. "He was point guard so he lets his guards run the team sort of like our team . They play a style I like to play a fast paced, pressing team and let their guards control the game."