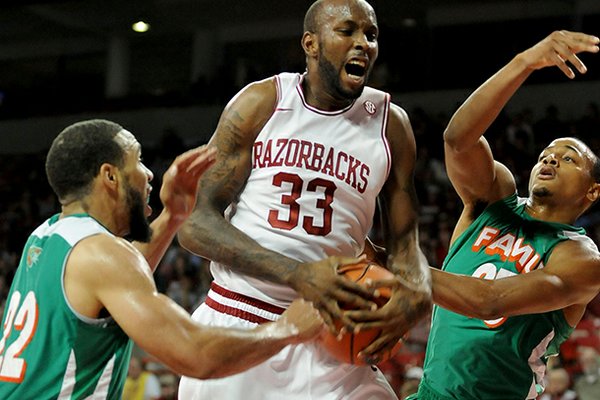 Powell had his best game of the season after missing almost all of last year with a torn anterior cruciate ligament. He led five scorers in double-figures as the Razorbacks improved to 3-0.

The Razorbacks' offense started hot, helping the team to a 49-31 lead at halftime. Florida A&M narrowed the deficit to 11 points early in the second half, but Arkansas' defense held the Rattlers without a made basket for more than 8 minutes to increase the lead to 22.

After hitting 9 of their first 14 shots, the Razorbacks finished the game shooting only 40 percent from the field. Arkansas especially struggled after halftime, hitting only 14 of 40 shots.

Florida A&M (0-4) out-rebounded the Razorbacks 30-23 in the first half to remain within striking distance, but the teams finished tied 48-all on the boards. Rattlers' forward Markee Teal led all players with 14 rebounds.

The game was the Razorbacks' second in three days as part of the Las Vegas Invitational. Arkansas will play Arizona State on Friday and either Wisconsin or Creighton on Saturday at Orleans Arena in Las Vegas.