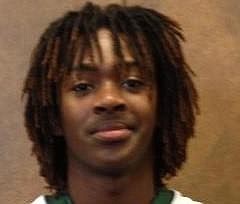 One of the nation's elite prospects, athlete Davion Hall is expected to officially visit Arkansas this weekend.

A major Arkansas target, athlete Davion Hall reflects back on his March visit to Fayetteville and talks why he likes the Hogs.

Arkansas is recruiting him as a safety but has indicated he could possibly also see action at receiver.

Coach Brian Brown starts off talking about Hall's talent and his helmet in his first two seasons.