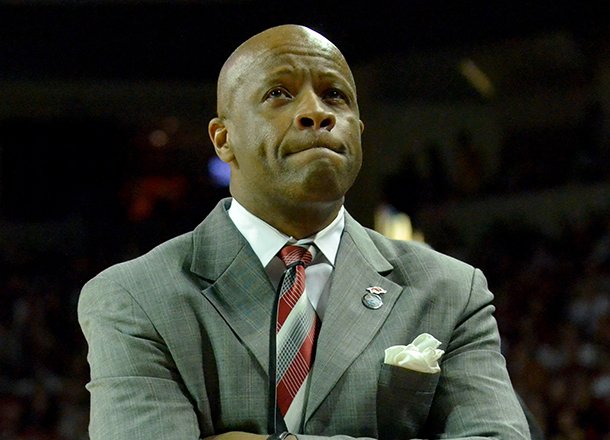 Arkansas coach Mike Anderson looks up at the scoreboard during the second half of a 2013 game against the Tennessee Volunteers at Bud Walton Arena in Fayetteville.

FAYETTEVILLE — After playing Oklahoma in each of the past six seasons, the Arkansas men's basketball team has pulled out of the series, NewsOK said Saturday.

The Razorbacks and the Sooners had two years remaining on a four-year contract. According to NewsOK, the series is expected to resume at some point, but it is not known if it will next year.

Few games for the 2013-14 schedule are known, but High Point University announced it will play a road game against Arkansas this year.