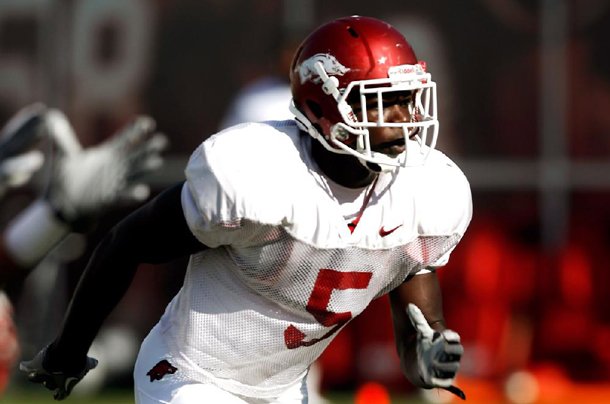 Austin Tate, whose injury was leaked by Auburn assistant coach Tim Horton on Twitter on Friday, suffered a shoulder injury, but Bielema said he is optimistic the senior tight end could return to action by the time Arkansas plays its first conference game against Texas A&M.

Demetrius Wilson tore his ACL and Bielema said he will redshirt and play next season. Wilson was listed as a No. 1 receiver following spring practices. He recorded nine receptions for 117 yards and a touchdown in 2012.

With a few injuries at the receiver position, Bielema said reserve quarterback Brian Buehner has been playing wide receiver.