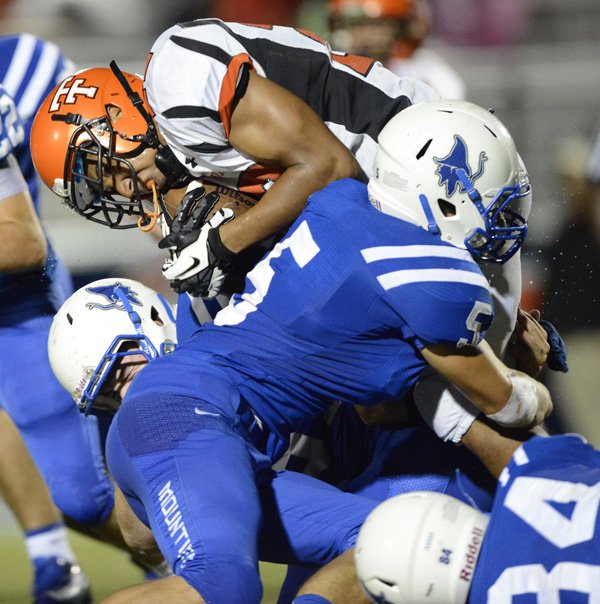 Zack Wary, right, a Rogers High defensive back, stops Tahlequah (Okla.) running back Mason McMillan during the Mounties’ home opener Friday against the Tigers at Mountie Stadium in Rogers.

LB Zack Wary, 6-4, 215 of Rogers has received a scholarship offer from Arkansas, according to his father, John.

Wary said he received the offer on Sunday during an in-home visit with tight ends coach Barry Lunney Jr. He'll make an official visit on Dec. 13-15.

He also has visits lined up to Arkansas State on Jan. 17 and Air Force on Jan. 24.

He was one of the standouts at Arkansas' July camp and ran a 4.45 time in the 40 yard dash. Video highlights CLICK HERE