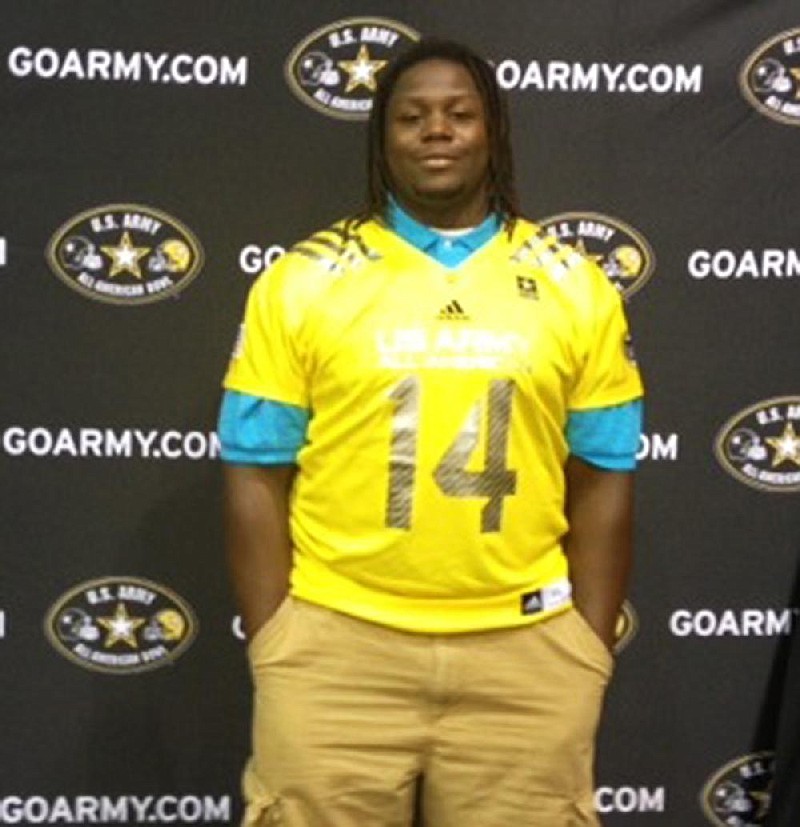 “I can't really remember what I said,” said Jackson, who will play in the U.S. Army All American Game on Jan. 4. “I was shocked because I didn't expect it at all. It was a very bittersweet moment for me because we had just won state, but I couldn't get coach Partridge off my mind.”

He understood why the coaches wanted to be the first to tell him.

“They didn't want it to catch me off guard, but it probably would have caught me off guard regardless of the timing,” Jackson said.

Jackson said his commitment to the Hogs isn’t in danger despite the tremendous respect he has for Partridge, who was officially named the coach at Florida Atlantic a few days later.

“Definitely not,” said Jackson, who recorded 43 unassisted tackles, 18 assisted, 11 tackles for loss, 4 sacks and 3 hurries this season. “It's frustrating because coach Partridge was such a great coach and even a better person, but I'll just have to get acquainted with the new coach.”

When Jackson reports to Arkansas in the summer, he'll have the strength needed in the SEC. He has benched pressed 415 pounds and set a state record in the power clean with a lift of 350 during the Arkansas High School Weightlifting meet in the spring.

The hiring of a new coach will probably happen in early January.

“Coach Lunney told me that most of the candidates are coaching in bowl games, so it'll be a little while before they actually get one,” Jackson said.