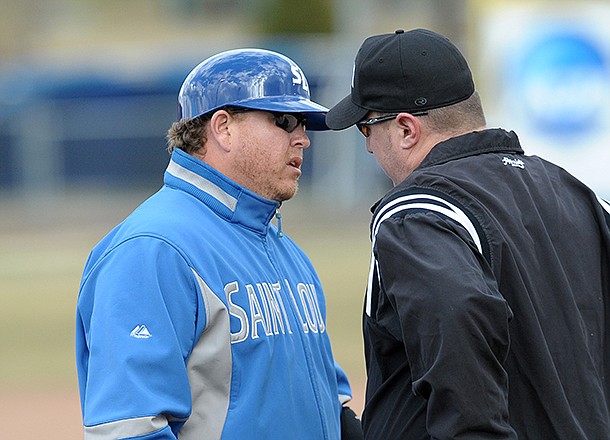 Flanders, 31, will work primarily with the Razorbacks' catchers. He replaces Brian Walker, who took the hitting coach job at Wichita State last month.

A Smithville, Mo. native, Flanders spent the last two seasons as a volunteer assistant at Saint Louis University. There he worked with Grant Nelson, a catcher taken in the ninth round of the MLB Draft earlier this year.

“I’m incredibly excited for the opportunity to join Coach Van Horn’s staff,” Flanders said. “I played against one of his Arkansas teams when I was a collegiate player at Missouri and have always had great respect for the way he runs his program. I’m looking forward to working with the players and coaching staff and helping the team in any way I can.”

Flanders stood out among a large pool of candidates because of his relationship with coaches associated with Arkansas coach Dave Van Horn. He worked four years as a pitching coach at Texarkana Community College under Will Bolt, a former player for Van Horn at Nebraska and now the Cornhuskers' hitting coach.

"Will was one of the people I called to get some information," Van Horn said. "That's what I do to find out what they think of the person as a person and go from there. Everyone I called on Brad had nothing but positive things to say about his work ethic and the players really like him."

Flanders was a two-year starting catcher at Missouri after transferring from Hutchinson (Kan.) Community College. Among his coaches on the Tigers' staff was new Arkansas hitting coach Tony Vitello.

"I was pleasantly surprised by how many calls and emails I got," Van Horn said. "Normally when you're looking for volunteers, you have to make those calls. This time they kind of came to us.

"In addition to working with catchers, I wanted to bring in someone who can work with hitters. One bonus with Brad is Tony is real comfortable working with him from their time at Missouri."

The volunteer coach is an unpaid position, though Van Horn said Flanders can be compensated for working baseball camps and giving private lessons. Per NCAA rules, programs can only have three paid coaches - including the head coach - on staff.

Arkansas has used the volunteer coach to work with catchers in years past. Walker replaced Chris Curry, who coached the Razorbacks' catchers in 2009 and 2010 before accepting the head coaching position at Meridian (Miss.) Community College. Curry is now the pitching coach at Northwestern (La.) State.

"For the last five years we've had some outstanding volunteer coaches that have gone on to get paid positions at the Division-1 level," Van Horn said. "The success we've had the last several years, the fact we're in the SEC and that college baseball has gotten so popular, there are a lot of young coaches who see if they get their foot in the door here, they have an opportunity to get paid jobs."