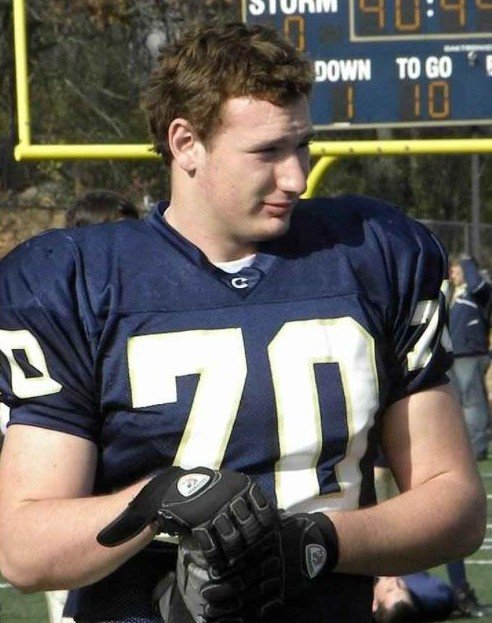 Offensive lineman Frank Ragnow had an excellent visit to Arkansas.

Highly recruited offensive lineman Frank Ragnow made his second trip to Fayetteville last weekend of for an official visit and called the experience "Awesome".

"I enjoyed it a ton," Ragnow said. Lots of great people in Arkansas and it was a great atmosphere at the game."

Ragnow, 6-6, 291, 5.0 seconds in the 40 yard dash of Victoria, Minnesota, Chanhassen said on Thursday on Twitter that his top six schools in no particular order were Arkansas, Florida State, Minnesota, Ohio State, Miami and Wisconsin. Later in the day he received an offer from Ole Miss.

"I really can't choose one part," said Ragnow about his Arkansas visit. "I was having fun the whole time."

He and his father visited the Hogs in July but learned a little more about what Arkansas had to offer.

"Their fans are ridiculous and all of the Fortune 500 companies around," he said.

He described how the Razorback fans impressed him.

"At the Catfish Hole," Ragnow said. "They all knew who I was and at the game they refused to sit down. It seemed like everyone was standing the whole time."

He said Coach Bret Bielema went in-depth about his role should he be a Hog.

"Coach B talked to me a lot and wanted to make sure all my questions were answered," Ragnow said."He mentioned once I get my offensive position down I could see some playing time on defense in some pass rushing packages."

"Coach Pittman is the man," he said. "I love that guy," He's just hilarious and fun and he wants me to play center."