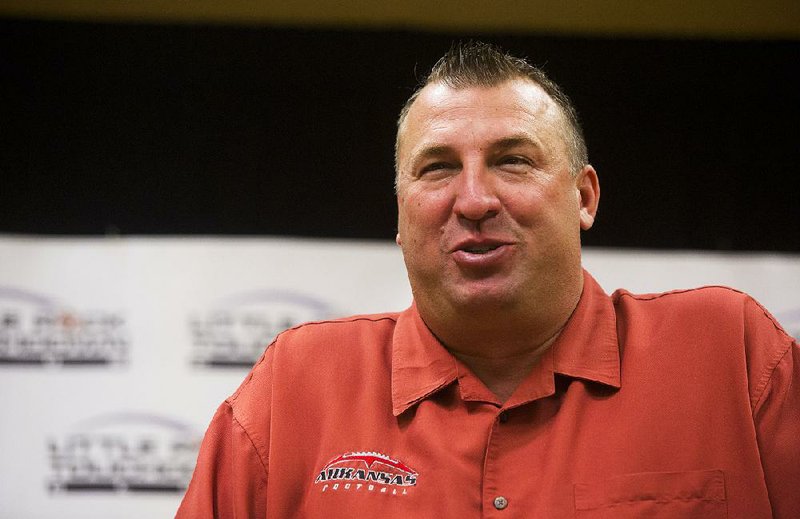 The first-year Arkansas coach will make $3.2 million annually - $2.95 million from public and private university funds, and $250,000 from the Razorback Foundation - with on-field and academic incentives totaling up to an additional $700,000 each year. Bielema's contract runs through Dec. 31, 2018.

According to a USA Today database updated July 1, 2013, Bielema would be the 12th-highest paid head coach in college football, according to terms of his contract, and fourth-highest paid coach in the Southeastern Conference. His contract includes a no-compete clause with other SEC schools.

If fired by the university, Bielema stands to be paid $12.8 million through the 2015 season, with decreasing totals to $3.2 million by the final year of his contract. If Bielema decides to leave Arkansas for another school, he would owe the university $3 million the first year, with the total decreasing by $500,000 each year after.

Academic incentives are also listed in the contract. Among them are up to $100,000 each year for both academic performance rate (APR) and graduation rate success.

Bielema's contract includes two loaned cars by the university and memberships to The Blessings golf club and Fayetteville Country Club.