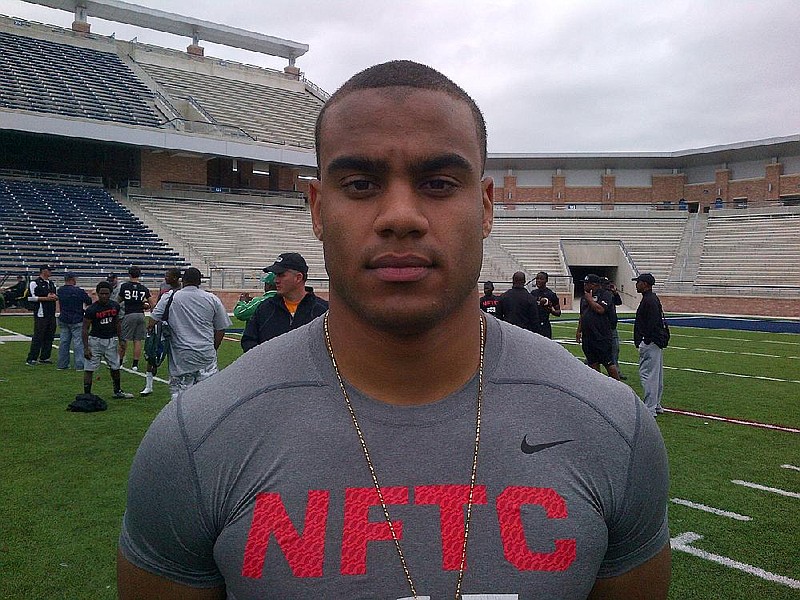 Arkansas is expected to host numerous prospects for the Texas A&M game in Fayetteville on Saturday. More names will be posted later.

2015 RB Chris Warren III -Rockwall, Texas- One of the top RB prospects in the nation

2015 OT Rob Dowdy- Westerville South High School- has about eight offers and has the Hogs at the top of his list.

2015 QB Ty Storey -Charleston- Arkansas commitment- has completed 88 of 128 passes for 1,105 yards, 10 touchdowns and has 3 interceptions this season.

2015 safety Larry Pryor of Sulphur Springs, Texas said on Twitter that he'll visit TCU on Saturday. He mentioned the possibility of visiting the Hogs this weekend.

DE Justin Hollins- Arlington, Texas, Martin- Has several offers, one to keep an eye on