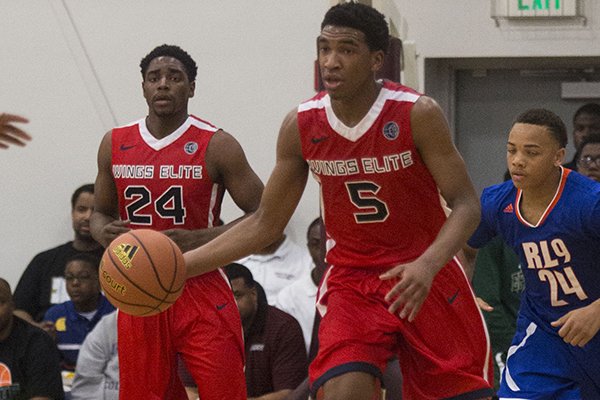 Wings Elite's Malik Monk looks for an opening pass during their game against RL9 at the Real Deal tournament in Little Rock, April 18, 2014.

Wariboko and his brother, Max visited Fayetteville in late February.

He was an Oklahoma commitment, but recently reopened his recruiting. ESPN rates him the No. 190 prospect in the nation.

It appears Hog offensive line signee Jovan Pruitt of Dallas Bishop Dunne will attend. As of Wednesday, he hasn't received his ACT results. He took the test on April 12.

Others planning to attend: