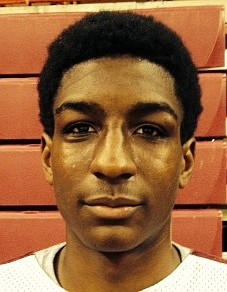 FAYETTEVILLE — Freshman forward Reginald Perry might live in Florida, but he made sure to attend Arkansas’ Elite Prospect Camp on Saturday.

Perry, 6-8, 195, of Tallahassee, (Fla.) Maclay, lived in Little Rock until moving two years ago. He played with the 14-under Arkansas Hawks during the spring and summer.

He enjoyed the camp and will take some of the things he learned back to Florida.

“It started out pretty good and we got up-and-down and I realized I was a little lazy in the first game,” Perry said. “Then I finally got into my groove of playing the way I wanted to play. I think all around it was a good camp. I would like to come back more. We did some pretty good things, we worked a lot of things, defense, moving without the ball.”

Perry, who’s drawing interest from Arkansas, Oklahoma and Houston, is rated the nation's No. 3 small forward and No. 11 overall prospect in the 2016 class by future150.com. He was one of several young and talented big men in the camp.

“I really like the coaches,” Perry said. “They help you learn, they’ll pull you over to the side and tell you a few things that you need to work on and during the game.”

He was named as one of the standouts at the John Lucas International Middle School Combine in Houston by allmetrohoops.com in May. He attributes his development to the 14-under Hawks coaches Derrick Joe and Kevin Howard.

“I thought I got a lot better through the summer working with Coach Howard and Coach Derrick Joe,” Perry said. “I had great teammates that learned and played. We did pretty good this year, we ended up pretty good.”

Perry’s goal is to be able to play every position.