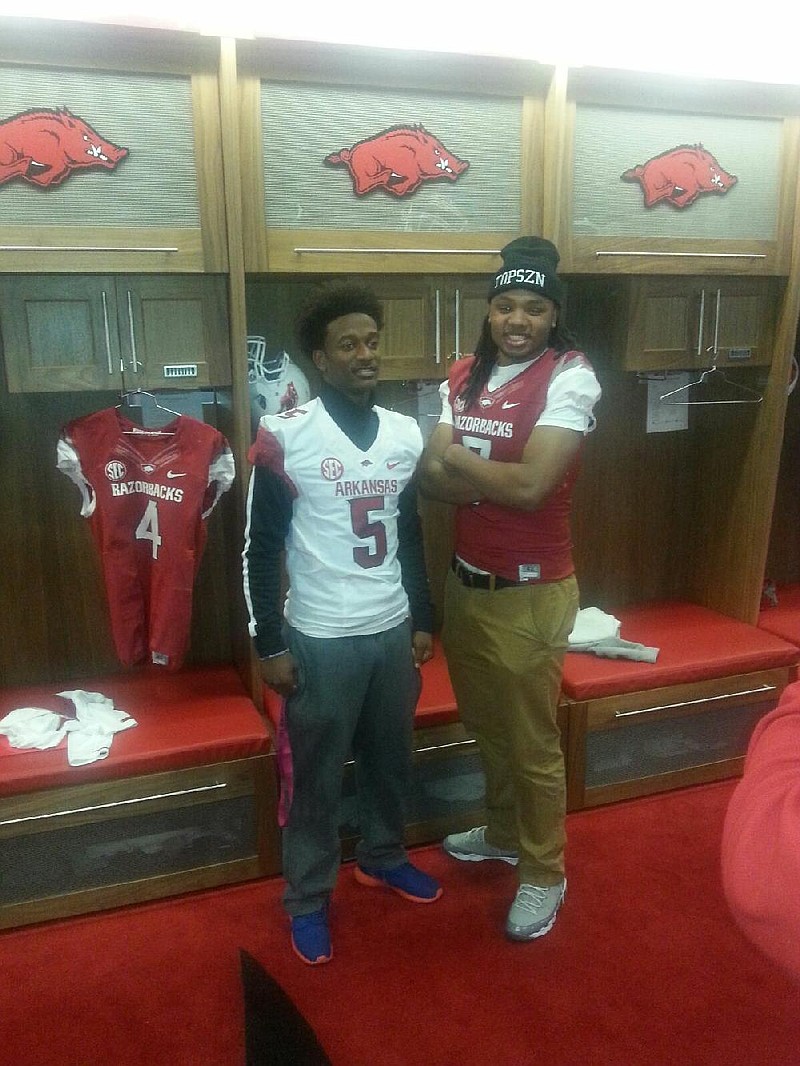 K.J. Hill and Will Gragg during an earlier visit to Arkansas.

Dumas tight end Will Gragg and North Little Rock receiver K.J. Hill wrapped up their weekend visit to Arkansas a little after noon.

Gragg, 6-4, 247 pounds, 4.8 seconds in the 40-yard dash, said they were able to catch the last part of Friday's practice. During the visit, he and Hill had a 30 minutes talk with Coach Bret Bielema in his office and Bielema focused on the depth chart and how they could play early.

They hung out with running back Jonathan Williams, receiver Jared Cornelius and running back Juan Day. The Razorback players talked up the Hogs and how they could make an impact.

Arkansas men's basketball coach Mike Anderson and women's coach Jimmy Dykes talked to them about the importance of staying in state. He recalled how his brother, Chris was treated well as a Razorback.

Gragg said he was impressed with running back Korliss Marshall and tight end Jeremy Sprinkle. He said as of right now, he could see tremendous progress in the team versus last year. The overall theme of the weekend was stay home and be Arkansas.

Storey had to leave about 4:30 to make it back for Charleston's scrimmage.

Correction on Hill, he didn't get to Fayetteville until Saturday. His mother and step-father accompanied him. Arkansas made big impression on all three.