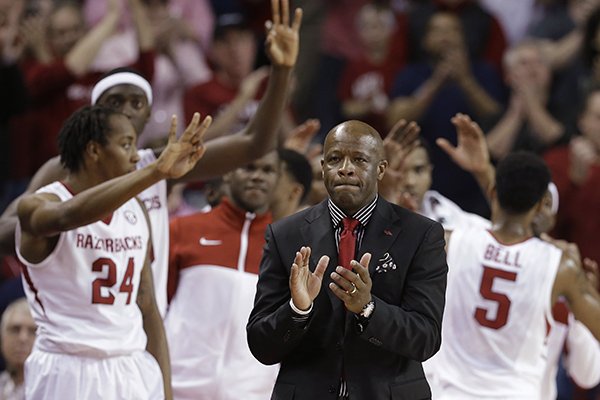 FAYETTEVILLE — Arkansas' basketball home schedule will include a game against Wake Forest next season.

The Razorbacks and Demon Deacons are scheduled to play a game Wednesday, Nov. 19 at Bud Walton Arena. It will mark the third time the teams have played at the arena, but first since the 2001 preseason NIT. Arkansas trails the all-time series 4-2.

Wake Forest is the second ACC school added to the Razorbacks' schedule in the coming season. Arkansas will also play a road game against Clemson on Dec. 7.

With the addition of Wake Forest, the Razorbacks now have five confirmed nonconference games for the coming season. Arkansas will travel to SMU on Nov. 25 and Iowa State on Dec. 4, and will host Dayton at a date to be announced.