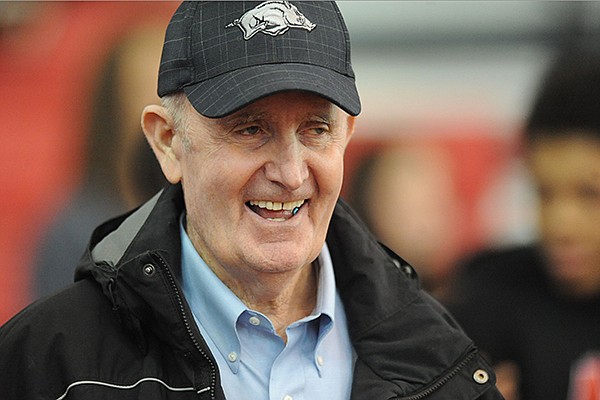 FAYETTEVILLE — John McDonnell Field will soon feature a statue of the facility's namesake.

The 8-foot bronze statue of McDonnell, the longtime University of Arkansas track & field coach, will be located on the northwest corner of the facility at the intersection of Razorback Road and Meadow Street. The statue will be part of an outdoor museum that is set to be finished in November and will highlight the Razorbacks' track & field history. 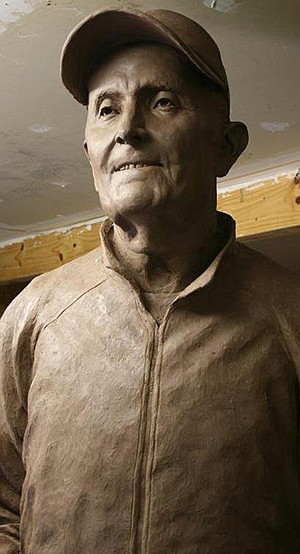 Progress of the McDonnell statue is shown in this 2012 Facebook photo. (Photo via John McDonnell Statue Pledge)

“I am excited that there will soon be a fitting tribute to the thousands of student-athletes who helped build the legacy of Razorback Track and Field," McDonnell said in a statement. "When you consider how the program started from scratch, the success we have had and continue to enjoy is amazing. When you are competing in the moment, it is hard to have a sense of the enormity of the accomplishments. But now, for student-athletes to be able to come back 15 to 20 years after they have finished their career and show their children their name as part of the University of Arkansas’ extraordinary success, that will truly be special.”

McDonnell will be the third individual to have a statue erected on the university's campus. A statue of former U.S. senator and UA president J. William Fulbright is located outside the Old Main building, and a statue of former football coach and athletics director Frank Broyles is located on the steps of the Broyles Athletic Center.

McDonnell is the winningest coach in NCAA history. The Razorbacks won 42 national championships (two were later vacated) and 84 conference championships in track & field and cross country during McDonnell's tenure.

Arkansas' scoreboard will also be renovated as part of the project.

“This plaza is an incredibly meaningful project for the University of Arkansas as we’re able to honor Coach McDonnell with his bronze statue and recognize the tremendous history of our men’s and women’s programs," Arkansas men's track coach Chris Bucknam said. "...We honor the past but it’s about our future and this project will elevate that mission. This is a one-of-a-kind project in collegiate track and field.”