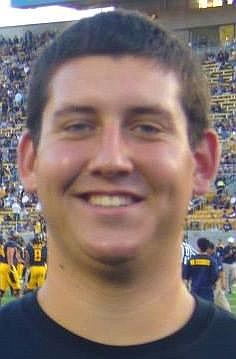 Offensive lineman Evan Applegate, who visited Arkansas Saturday, said on Twitter he had an “awesome” visit.

“I just really enjoyed my time,” Applegate said. “I got to talk to some players and I enjoyed my time visiting with (offensive line) coach (Sam) Pittman.”

He was named to the All Class 5A first team as a junior. ESPN rates him the No. 85 offensive tackle in the nation and No. 7 prospect in Kansas.

Applegate and his parents were able to able to spend about 30 minutes with some Razorback players.

“I just asked them what’s asked of them, what’s expected of the players and what’s a day in the life of a player? ,” Applegate said. “My parents asked them a lot of questions too. They just explained what is expected of an Arkansas football player.”

Applegate visited Oklahoma State on Friday and is expected to visit Kansas State next. He and his father visited Fayetteville June 21 and received his offer from the Razorbacks.

He talked about his respect for Pittman.

“I don't know, it just seems like he would give me my best chance at getting to the NFL, which has been a dream of mine since I was little,”Applegate said.

He doesn’t have a firm timeframe for his college decision.

“I would like to before school starts, but I might have to go on my officials before I decide,” Applegate said.