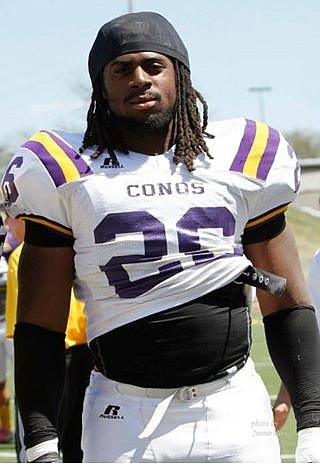 Junior college linebacker Josh Williams, 6-2, 240, 4.43 of Dodge City Community College said he plans to enroll at Arkansas this summer and play in the fall if his transcript is accepted. He said he should know in a week or two.

Williams said he wants to play major college football in the fall instead of waiting until the 2015 season. Texas A&M and several other SEC schools are recruiting him for the 2015 class. He has four years to play three.

He said he's been talking to offensive line coach Sam Pittman or senior associate head coach Randy Shannon every day. He ran the 4.43 time in the 40 yard dash in April.

He played some linebacker in high school, but was mainly a defensive end until he got to junior college.