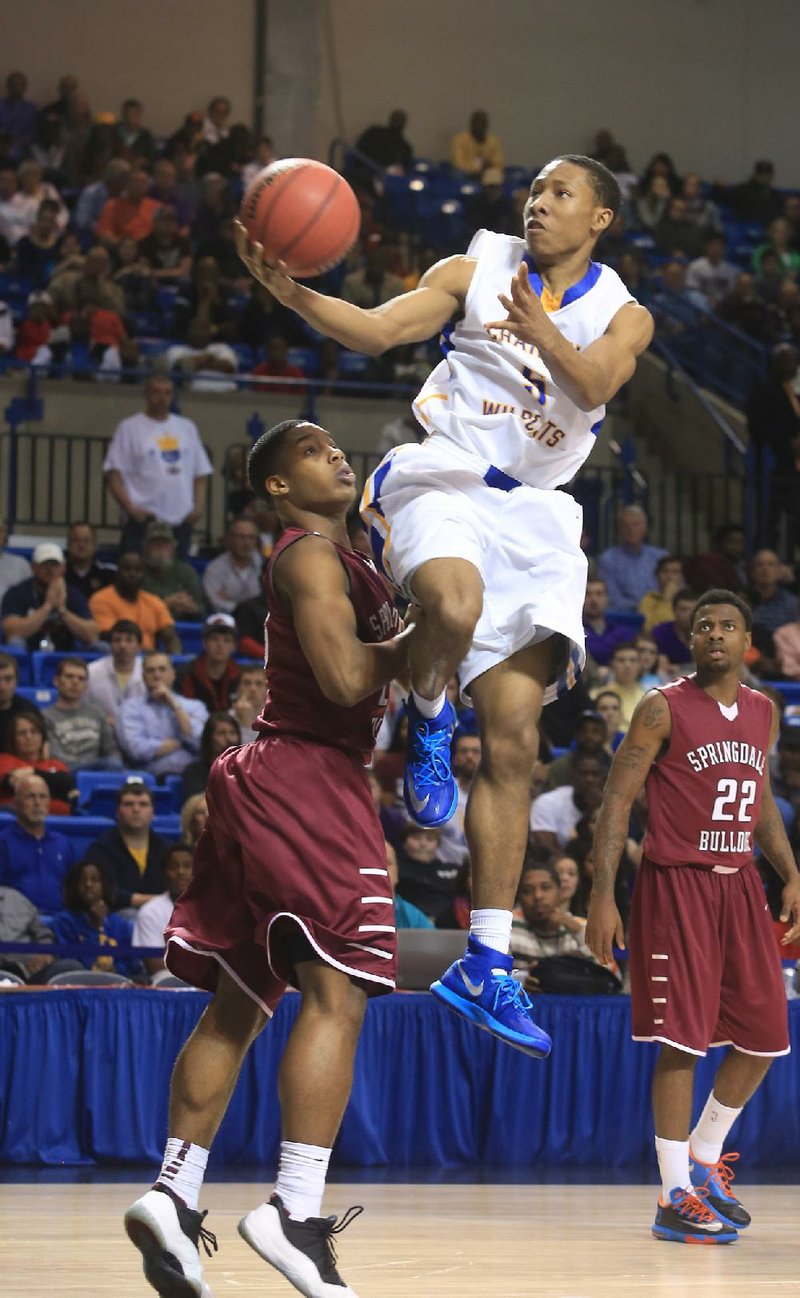 KeVaughn Allen averaged 21 points and 6.8 rebounds per game in leading North Little Rock to the Class 7A state title this season.

North Little Rock guard KeVaughn Allen, a Florida commitment, will not sign during the early signing period and will hold off until the spring to sign.

Allen, 6-3, 170 pounds chose the Gators over scholarship offers from Arkansas, Memphis, Kansas, Connecticut, Baylor, Mississippi State and others on April 30. He’s rated the No. 42 prospect in the nation by ESPN.

He was the Arkansas Democrat-Gazette Player of the Year after helping lead the Charging Wildcats to the Class 7A state title while averaging 21.0 points, 6.8 rebounds and 3.8 assists.