Ellis not likely for Georgia game 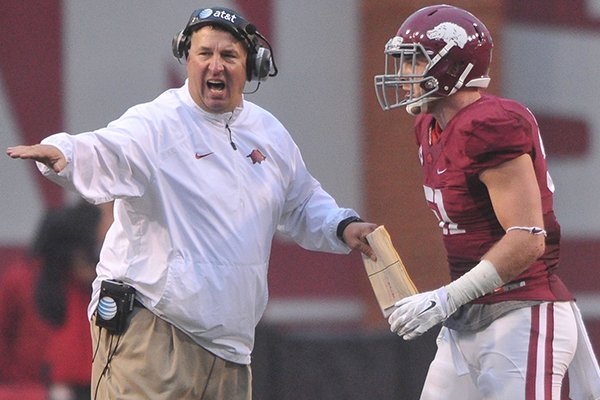 Ellis suffered "a pretty significant bone bruise" on his knee during a game against Alabama, Arkansas coach Bret Bielema said Monday. Bielema said there is a slight chance Ellis will play against the Bulldogs, but will likely be out a while.

The sophomore is the Razorbacks' second-leading tackler this season with 39 tackles. Josh Williams would likely start at middle linebacker if Ellis can't play. Williams has six tackles and one sack this season.

Ellis was injured earlier this season when he collided with teammate Martrell Spaight in the first quarter of a game against Northern Illinois. He was taken out of that game with concussion-like symptoms, but was cleared to play the next game against Texas A&M.