Macon earns All American honors, high on the Hogs 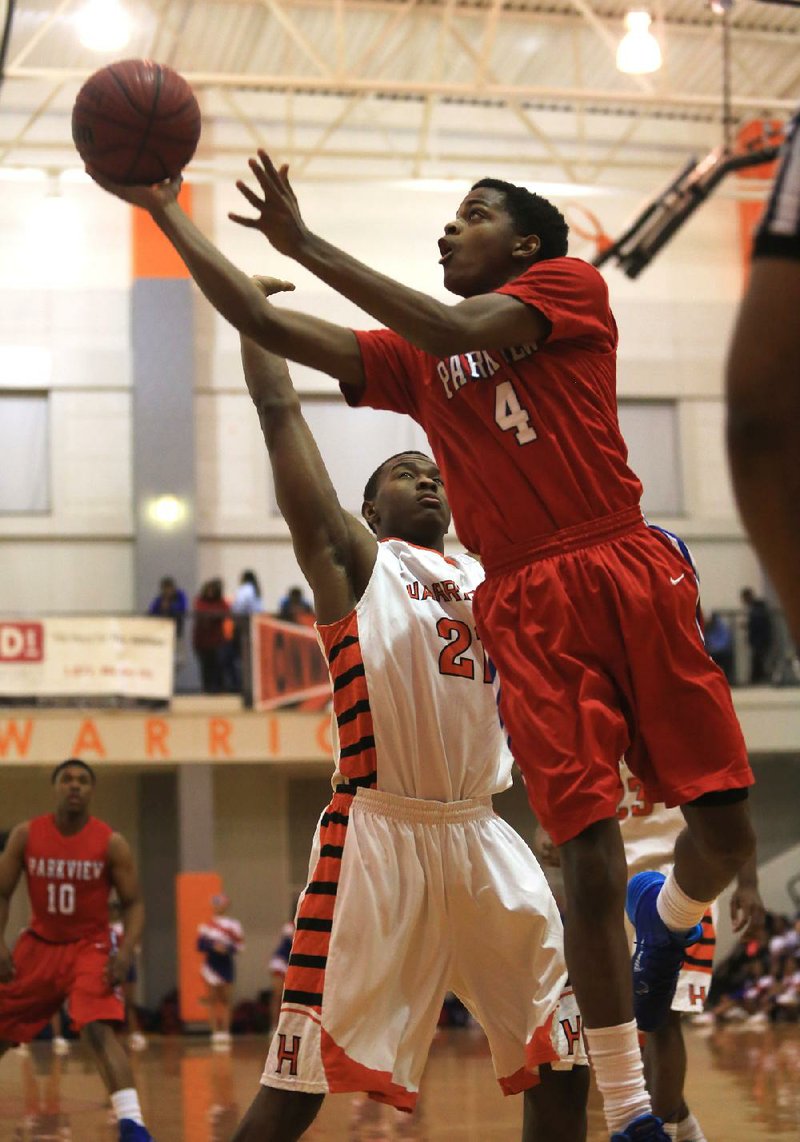 Former Little Rock Parkview shooting guard Daryl Macon was named first team Junior College All American on Tuesday and was just one of two freshmen that received the honor.

“I was excited when I found out,” said Macon, who was named NJCAA Region XXIII Player of the Year. “I didn’t know I was going to be first team All American. I didn’t realize I was in the running to be an All American really. There were only two freshmen on the first team so that gives me a lot of hype and publicity.”

Macon,6-3, 185 of Holmes Community College in Mississippi has a scholarship offer from Ole Miss and had one from Mississippi State, but it’s uncertain if new coach Ben Howland will honor it.

“I talk to coach Watkins probably two to three times a week,” Macon said. “ He asks me if I’m ready to wear the red and white jersey. He said he’s going to do whatever it takes to get me up there.”

While Arkansas likes Macon’s ability to shoot the ball, they also like him as a team player.

“Coach Watkins said it’s not about how I played or how many points I scored, he said he looks for how I cheer my teammates on and how I handle different situations,” Macon said. “He said he loved it.”

Macon, who also played for the Arkansas Hawks in the spring and summer, finished sixth in the nation with an average of 23 points a game while playing 32.6 minutes a game. He was 214 of 460 from the floor for a 46.5 percent average and was 79 of 214 from beyond the three-point line for a 36.9 shooting percentage.

Macon and Holmes made it to the Elite Eight in the National Junior College tournament in Hutchinson, Kansas and he’s determined to make a return trip next year.

“That was the best experience I’ve had in my life,” Macon said. “That would be a big accomplishment to go back-to-back.”

Receiving an offer from Arkansas would be a big deal to Macon.

“It wold mean a lot coming from Little Rock,” he said. “I grew up watching Arkansas. Everybody around Little Rock and Arkansas wants to be a Razorback. I would be pretty excited. Very excited to get an offer from Arkansas.”

Macon is one of the better pure shooters that has come out of Arkansas in recent memory. It wasn’t until he got to high school that he noticed his ability to shoot the ball.

“When I got to the ninth grade,” Macon said. “I usually played point in middle school and high school kids were a lot bigger than me and that kind of changed my game up. That’s when I realized I could really shoot the ball from anywhere on the floor.”

He works hard to make sure he keeps his touch.

Macon reports receiving an offer from Arkansas about 30 minutes ago.