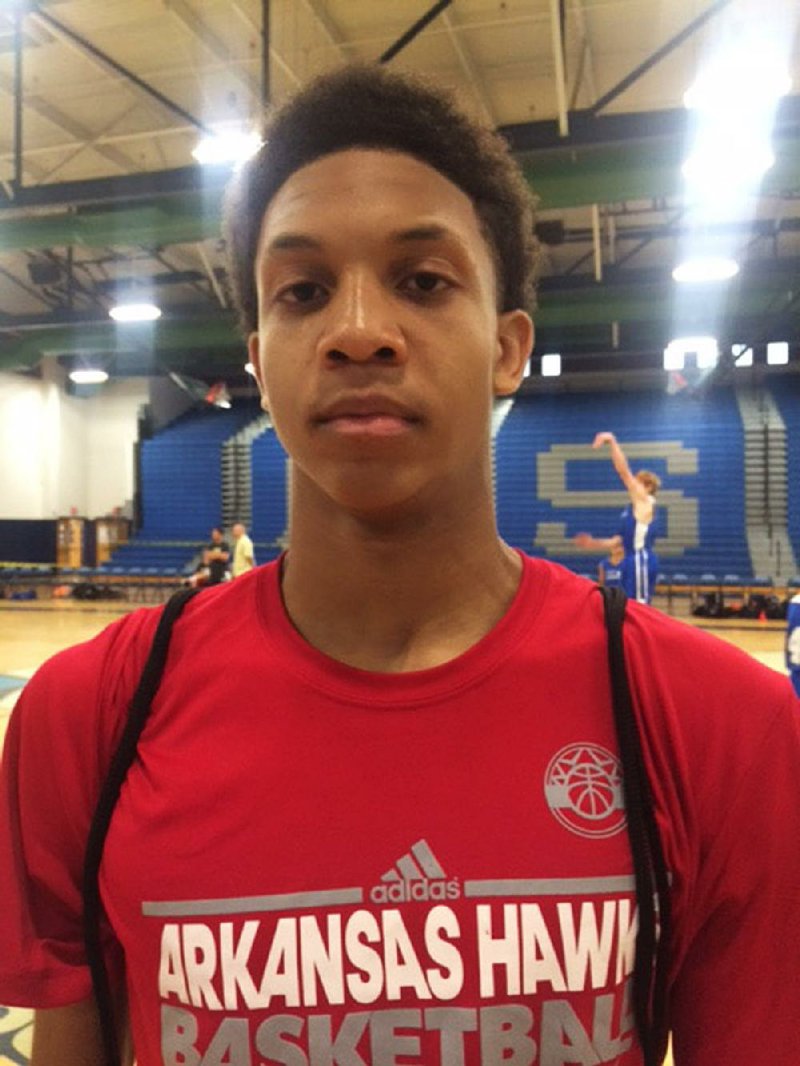 FAYETTEVILLE — It was just a matter of time until Arkansas extended a scholarship offer to Little Rock Parkview sophomore Ethan Henderson. On Saturday, Coach Mike Anderson told the talented forward he had the offer.

“It’s great and I’m really happy about it,” said Henderson, who took part in Arkansas’ position camp on Saturday. “I am so happy that my first offer came from my home state school and the one I have been a fan of growing up.”

Henderson, 6-8, 190 pounds played for the 15-under Arkansas Hawks in the spring and summer and was watched by the Razorback staff. LSU, Notre Dame and Stanford are showing interest.

He’s rated the No. 13 prospect in the nation by ESPN for the 2018 class. His mother made the trip with him to Fayetteville and doesn’t want him making a decision anytime soon.

“His mother is happy they offered him a scholarship but she wants to make sure he stays grounded and keep working hard academically and on the court,” Arkansas Hawks general manager Bill Ingram said. “ She’s a Razorback fan, but she’s more about him staying straight academically. She wants him to keep improving and stay focus.”

Henderson, who is expected to grow a couple more inches, plays for Patriots coach Al Flanigan

“He’s one of the legendary high school coaches in the state and he’s very demanding so he’s only going to get better,” Ingram said.

“They did really well last season and I was very pleased with that and them getting into the tournament and winning a game,” Henderson said. “I met all the players and they are really excited about having another good year.

“I think it was a really good turnaround for Arkansas and I really like their program and where it is headed.”

He’s the second Hawk to recently receive an offer from the Hogs. Tallahassee, (Fla.) Maclay forward Reginald Perry, who lived in Little Rock until about two years ago, was offered by the Razorbacks last week.

Henderson used the summer to improve.

“I have been in the gym all summer, just getting better and working on my weaknesses and trying to get better at my strengths,” Henderson said.