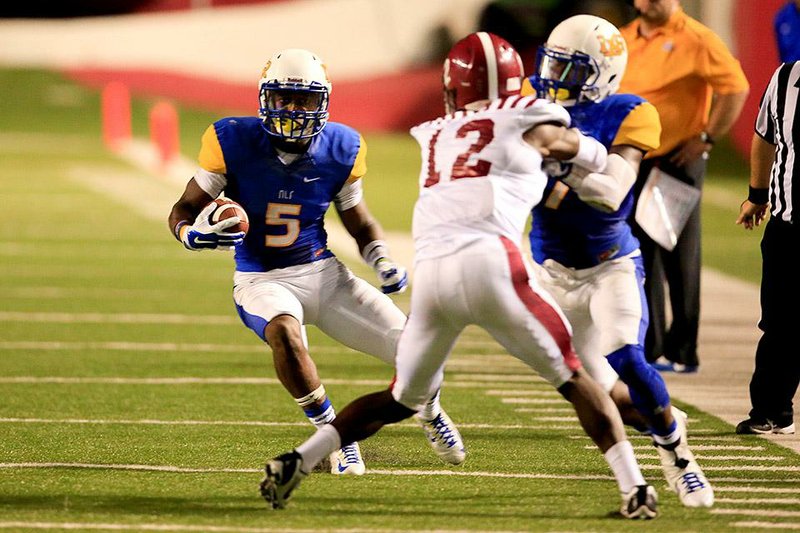 Jim Chaney leaving Arkansas for the same job at Pittsburgh makes receiver K.J. Hill's commitment uncertain at this time, according to his stepfather Montez Peterson.

He said they have also heard rumors of receivers coach Michael Smith leaving and Hill will keep his options open.

Offensive line commitment Colton Jackson of Conway said Chaney leaving will not have an impact on his decision.

Running back Rawleigh Williams of Dallas Bishop Lynch said Chaney leaving will not change his decision.

Chaney leaving will have no impact on Roland, Okla. tight end and commitment Austin Cantrell.

Sophomore quarterback Taylor Powell of Fayetteville said he's sad to see Chaney go but is very excited to see who they get to replace him.

Linebacker Rayshad Jackson of Miami Norland said he and his parents will arrive on Thursday for his official visit. He admits Randy Shannon being with Florida gives them an edge. He wants to experience the atmosphere and the people during his trip.

Jackson said he and defensive coordinator Robb Smith have been talking.

Cornerback Nate Dalton of Houston Cypress Falls said his uncle, aunt and cousin will accompany him on his official visit to Arkansas this weekend. He expects to announce his decision between Arkansas, Kentucky, Oklahoma and Liberty after his trip to Fayetteville.

Linebacker James King of Miami Washington expects to iron out the details of his visit on Monday.

As reported earlier, the Hogs could host 8 to 10 prospects.That number is very fluid.