No two-a-days for Hogs 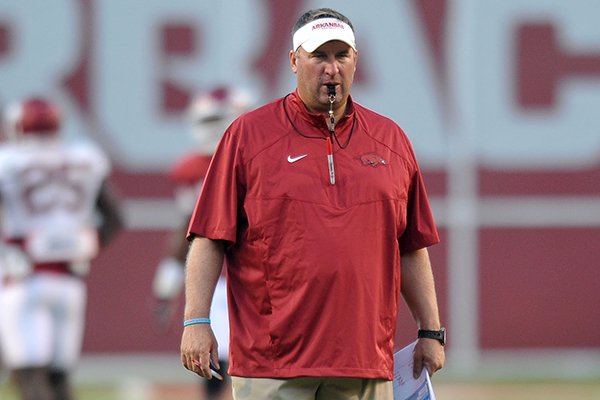 FAYETTEVILLE — Arkansas won't go through two-a-day practices in the preseason, coach Bret Bielema said Tuesday during an interview on ESPN.

Bielema said he is confident in the team after winning three of four games to end last season. He indicated he won't make the team practice twice a day as a reward for progress in the off-season.

"We've put ourselves in a position to where physically we're ready," Bielema said. "We need to be ready when the games are there.

"We play against each other every day in practice and hopefully are competing against one of the best offenses and defenses every day, and we want that season to be special. We've got to make sure we're fresh when we get there."

The Razorbacks are scheduled to begin preseason practice on Thursday, Aug. 6. Arkansas is scheduled to open the season Sept. 5 with a home game against UTEP.