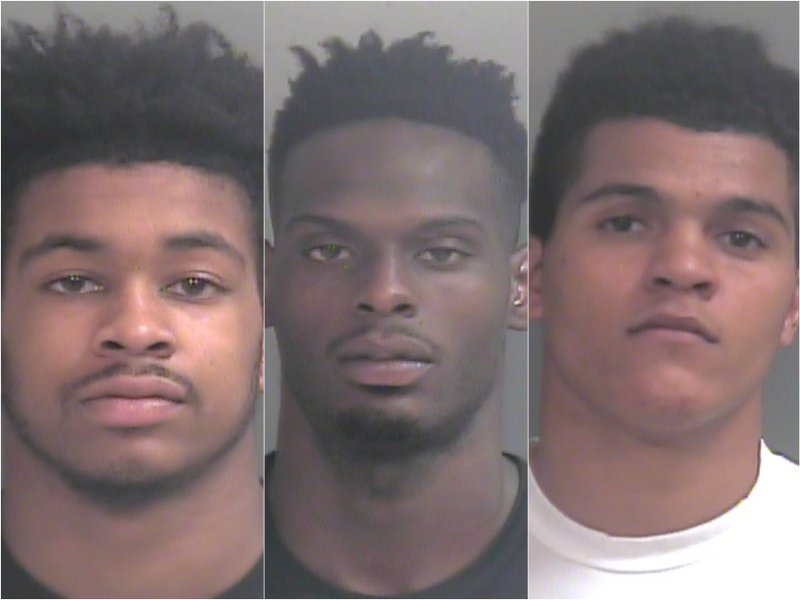 Three Arkansas basketball players who were arrested Wednesday on forgery charges have been released from jail.

All are suspected of first-degree forgery, according to a preliminary arrest report, but formal charges have yet to be filed by the Washington County prosecutor. First-degree forgery is a Class B felony in Arkansas and can carry a prison sentence of five to 20 years.

All three have arraignment hearings scheduled for Aug. 24 in Washington County Circuit Court.

The arrests stem from a two-month investigation into counterfeit money being used at businesses in Fayetteville. According to an arrest report, all three were caught by surveillance cameras while using counterfeit bills at three different locations last Friday and Saturday. 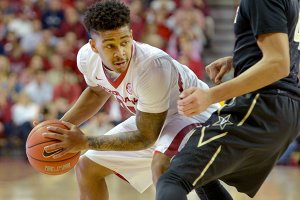 Photo by Ben Goff
Anton Beard of Arkansas looks to pass as Wade Baldwin, IV of Vanderbilt guards during the first half of the game in Bud Walton Arena in Fayetteville on Saturday Jan. 10, 2015.

Beard used four counterfeit $20 bills to make purchases at three different locations near the University of Arkansas campus, according to the report. Beard also exchanged six counterfeit $50 bills for three $100 bills at one of the locations, the report stated.

All three were summoned to the Fayetteville Police Department on Wednesday and were cooperative, according to police. All denied knowingly using counterfeit money.

According to a university release, all three players have been indefinitely suspended from the Razorbacks' basketball team.

“Our continued expectation is that our student-athletes conduct themselves in an appropriate manner at all times," read a statement, in part, from Razorbacks Athletics.

Beard, 19, is a rising sophomore and Williams, 21, is a senior on the Razorbacks' basketball team. Beard was an all-SEC freshman selection after starting 16 times and averaging 5.7 points per game last season.

Thomas, 19, transferred to Arkansas from Colorado during the off-season.

Beard, Williams and Thomas are the first for members of the Razorbacks' basketball team to be arrested since Mike Anderson was hired as head coach in 2011.

See Friday's Arkansas Democrat-Gazette for more on this story.