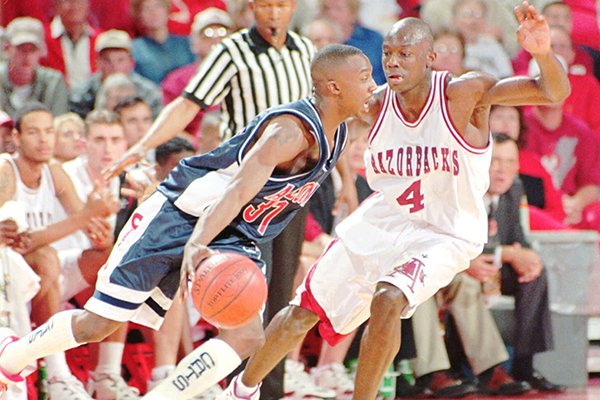 Pate’s family contacted the Arkansas basketball office to inform the coaching staff of Pate’s death. Arkansas Coach Mike Anderson was an assistant when Pate played for the Razorbacks.

Zimmerman said he wasn’t sure about the cause of Pate’s death, but there were Twitter reports that he died from a spinal meningitis infection.

Zimmerman said Arkansas sent a No. 4 jersey — Pate’s number with the Razorbacks — to the family at their request because Pate wanted to be buried wearing it.

Pate, who starred at Jackson (Miss.) Murrah High School and Chipola (Fla.) Junior College before transferring to Arkansas, averaged a team-high 13.4 points in 21 games before being ruled ineligible for academic reasons.