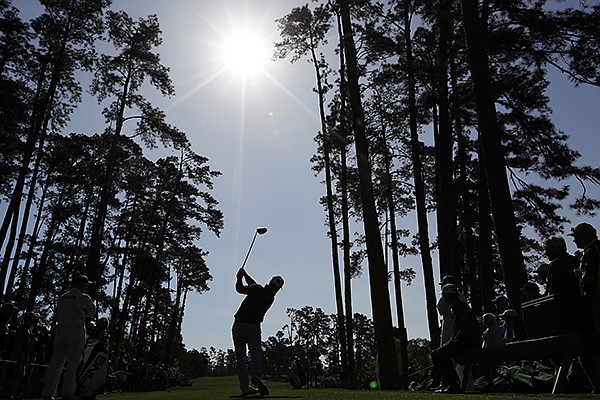 David Lingmerth, of Sweden, tees off on the 17th hole during a practice round for the Masters golf tournament Wednesday, April 6, 2016, in Augusta, Ga. (AP Photo/David J. Phillip)

Former Arkansas golfer David Lingmerth will play The Masters for the first time Thursday, but he was a course favorite Wednesday.

Lingmerth, who qualified with the tournament with a win at The Memorial Tournament last year, aced the seventh hole at Augusta National Golf Club during the Masters Par 3 Contest.

Watch @dlingmerth make a hole-in-one on No. 7 during the Par 3 Contest. #themastershttps://t.co/DRWBXghvVn

Lingmerth is scheduled to tee-off at 10:49 a.m. Central on Thursday. He will be paired with 1998 Masters champion Mark O'Meara and amateur Paul Chaplet of Costa Rica.

The Masters will be the fourth major tournament in which Lingmerth has participated. He placed 12th in last year's PGA Championship.