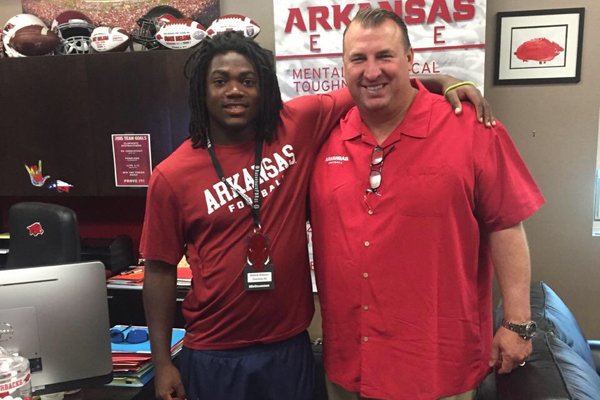 Beginning Aug. 1, the NCAA loosened up rules on social media and allowed college coaches to like or retweet prospects. Coaches are still forbidden from making comments about recruits.

Arkansas commitments and prospects had mixed emotions about the new rules.

“It’s cool. It shows you who’s been looking at your stuff.”

“Well I don't know what to think about it actually. But as a recruiting tactic, it might show players that coaches are interested in them or something like that.”

“I never really understood the rule that they couldn’t, so I think it's a good thing.”

“I didn't even know it was allowed, but I know everyday no matter what coaches are always looking at their athletes on social media to see what kind of person they are and for me, I'm not much of a social media guy so it truly helps me a lot and stay out of trouble.”

“I think it'll be better for some athletes and show them that coaches are actually watching what they do.”

“It really isn't a game changer. It doesn't give anybody an edge to me.”