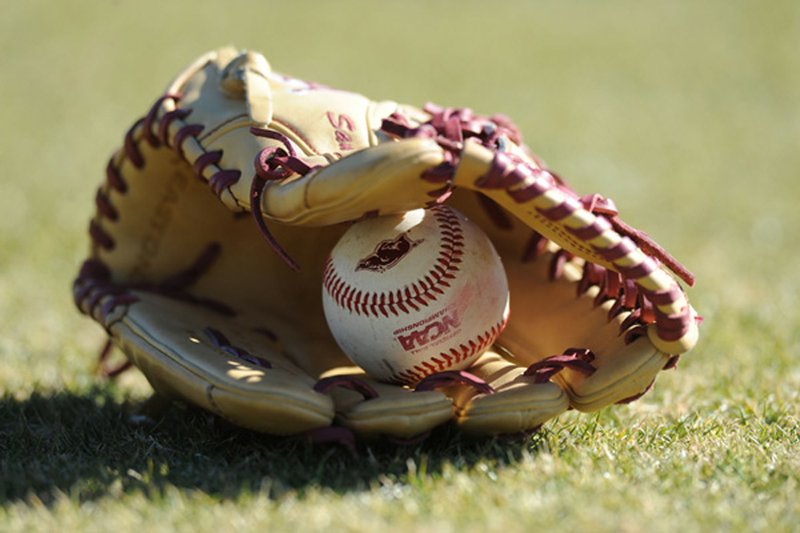 Arkansas ball and glove sits on the field Friday, Jan. 29, 2016, during practice at Baum Stadium in Fayetteville.

FAYETTEVILLE — Arkansas baseball has added another top recruit to its 2018 commitment class.

Left-handed pitcher Jake Sweeney (6-foot-6, 230 pounds) of Hobart, Ind., committed to the Razorbacks over the weekend. According to Perfect Game, Sweeney is the No. 64 recruit in the country.

Sweeney has a fastball that has been clocked at 90 mph and also throws a curveball. PrepBaseballReport.com ranks him the top recruit in Indiana.

Sweeney is the Razorbacks' 14th commitment in the class of 2018, according to a database at HogNation.net.