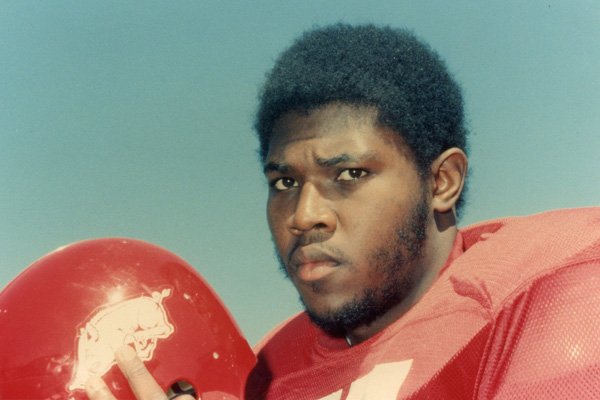 Winston’s presentation was part of a National Football League initiative honoring the high schools of players who have participated in the Super Bowl as part of Sunday’s 50th annual contest. Winston, a four-year letterman for the Razorbacks from 1973-76, played for the Super Bowl champion Pittsburgh Steelers in 1978 and 1979 during his 10-year NFL career with the Steelers and Saints. He presented the football to Marianna Coach Clyde Noel during a ceremony at a school basketball game.

“It was a great time and we had a good crowd,” Winston said. Winston, a fifth-round pick by the Steelers in the 1977 NFL Draft, was an assistant at Arkansas under Danny Ford in 1997. He last coached at Eastern Illinois on the staff of former Arkansas player Kim Dameron in 2015. Winston, running backs coach Danny Nutt and receivers coach Thomas Woods were released after the Panthers lost to Northern Iowa in the FCS playoffs. “It’s a business and we’re going to move on,” said Winston, who is in Memphis planning his next coaching move.