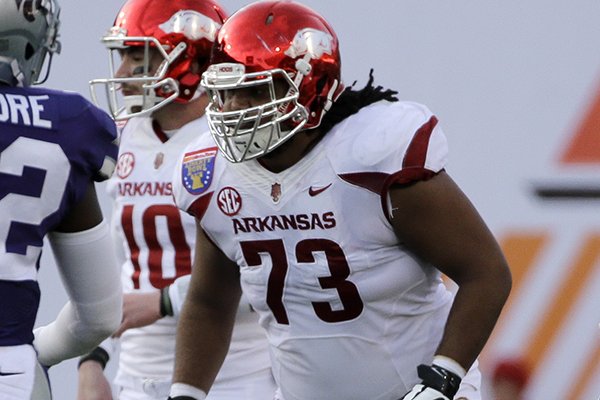 FAYETTEVILLE — Sebastian Tretola has been invited to the NFL Combine, he announced Thursday.

The former Arkansas offensive lineman played two seasons with the Razorbacks and was a first-team all-SEC selection as a senior.

He was also named the co-winner of the Jacobs Blocking Trophy, which goes to the top offensive lineman in the SEC, and a second-team all-American by the Associated Press following the season.

Tretola is probably most remembered for his 6-yard touchdown pass to long snapper Alan D'Appollonio on a fake field goal against UAB in 2014.

The NFL Combine, in which draft prospects workout for scouts, is Feb. 23-29 in Indianapolis.