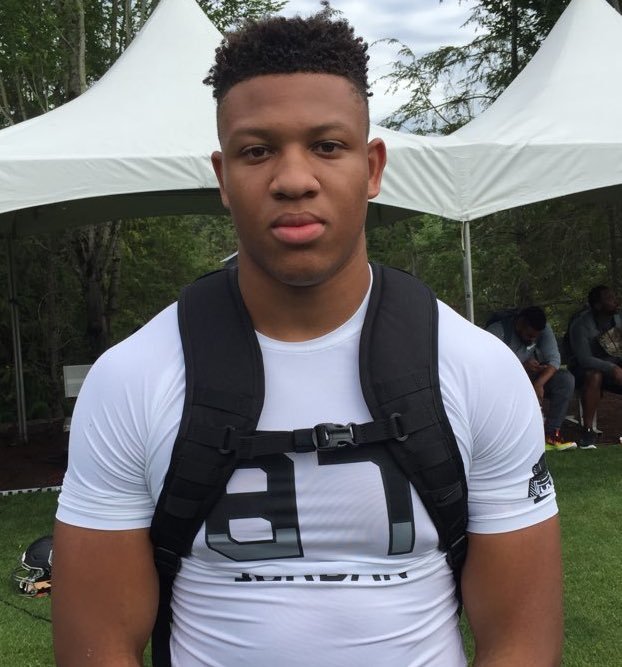 DE Drew Jordan is considering an official visit to Arkansas.

BEAVERTON, Ore. — Defensive end Drew Jordan, who was featured in today's Arkansas Democrat-Gazette, dominated during the lineman challenge at The Opening and made the final five for defensive lineman.

Jordan 6-3, 240, 4.52 seconds in the 40-yard dash, of Suwanee (Ga.) North Gwinnett, used his explosiveness and speed off the edge to give the offensive linemen fits.

"I have to keep working, I had a great experience here just knowing I was going against the top talent in the nation," Jordan said.

ESPN rates him as the nation's No. 17 outside linebacker and No. 281 overall prospect. His performance during the three-day event will likely help his stock.

Jordan, who's committed to Duke, is considering an official visit to Arkansas. He's reluctant to talk about himself, but admits he did well.

"I'm not one to toot my own horn," Jordan said. "I have a good feeling but I have to get a lot of other things done."