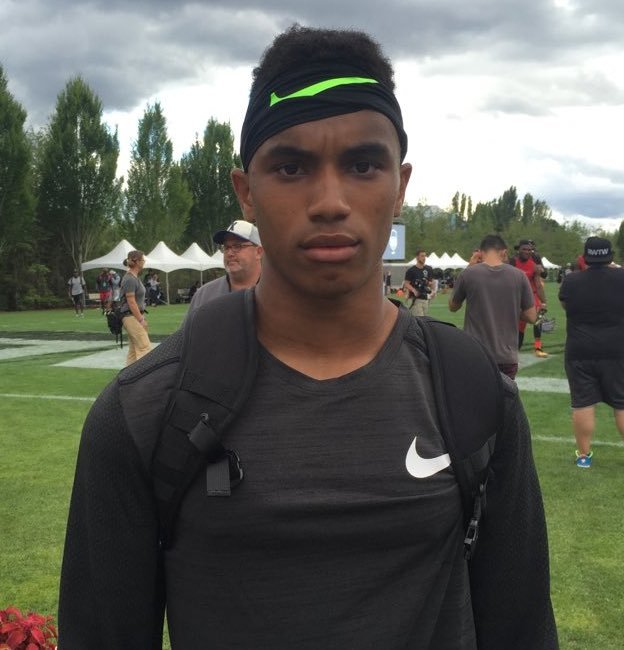 BEAVERTON, Ore. — Arkansas running back target Chase Hayden showed what he does best while competing at The Opening, the premier summer event for the top prospects in the nation held at Nike headquarters.

During Friday’s "Cat & Mouse" 1-on-1 drill pitting running backs against linebackers, Hayden’s elusiveness had the defenders grabbing for air during the majority of reps.

“I feel like that’s the best part of my game making people miss and just coming in here and displaying, it that made me feel real good,” Hayden said.

Hayden, 5-11, 185 pounds, 4.47 seconds in the 40-yard dash, of Collierville (Tenn.) St. George's Independent School probably helped his stock on the national scene with his performance. ESPN rates him the No. 55 running back in the nation, but that might change.

One of several reps where Arkansas target @Chase_Hayden2 made the LB look bad. pic.twitter.com/KRehrYxeKQ

“He’s a back that offers a lot of versatility and he has good speed and good hands,” said ESPN national recruiting analyst Craig Haubert. “This is good setting to see what backs do when they don’t have the football and he’s shown a lot versatility The more you can do the more valuable you are

He had the sixth best rating of 137.22 out of more than 160 of the nation’s top prospects during testing on Friday.

“It was a good time competing against the top players in the country and having the ability to showcase my skills and going up against them and doing well,” Hayden said.

Hayden, who has scholarship offers from Arkansas, Tennessee, Florida, Michigan, South Carolina, Missouri, Louisville and others, named the Hogs his leader after he and his parents visited Fayetteville on June 23.

“Nothing has changed,” said Hayden of his status with Arkansas.

The NCAA summer dead period began June 27 and ended today. The period forbids face-to-face contact with a prospect on or off campus, but still allowed communication.

“They’re saying they want me and seeing how I’m doing,” Hayden said.

Hayden, who rushed for 2,625 yards and 37 touchdowns as a junior, named several highlights of his most recent visit to Arkansas, including time spent with Coach Bret Bielema and Mitchell.

He and his father visited the Hogs for the spring game, but the latest trip afforded him more time to get a better understanding what Arkansas has to offer. He learn the Sam M. Walton College of Business is among the best in the nation.

“I didn’t know the business school was that good and ranked that high in the country, so that was just very impressive,” Hayden said. “I didn’t know Arkansas’ academics were that good.”

Hayden and his parents spent about an hour and 45 minutes in Bielema’s office.

“Showing how he could use me, showing me the type of plays he’ll use me in,” Hayden said. “He showed me what he likes to do with people with my style. He also talked to me maybe playing on the defensive side of the ball in a package.”

Bielema praised Hayden’s explosiveness, ability to make people miss while being be a home run threat. He did see where Hayden could improve.

“He said I was taking false steps behind the line of scrimmage, instead of getting in and going,” Hayden said.

His timeframe for a decision is the same.

“I’m probably going to commitment sometime at the end of July,” Hayden said. “I’m going to try and figure it out when I get back home.”