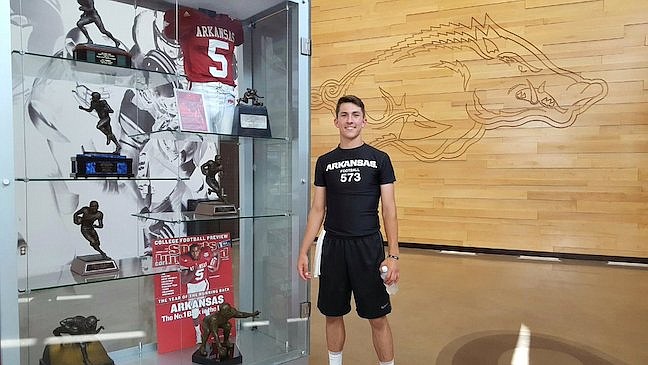 “Yes, I am announcing soon,” Noland said. “This week.”

He later confirmed that decision will come on Wednesday at a time to be determined.

Noland split time at quarterback last season and completed 73 of 103 passes for 872 yards and nine touchdowns with just two interceptions while also rushing 61 times for 431 and four more scores.

He has also touched 91 miles per hour with his fastball and is considered the top baseball prospect in the state as well in the 2018 class.