Exit of Tigers’ AD latest in year of twists 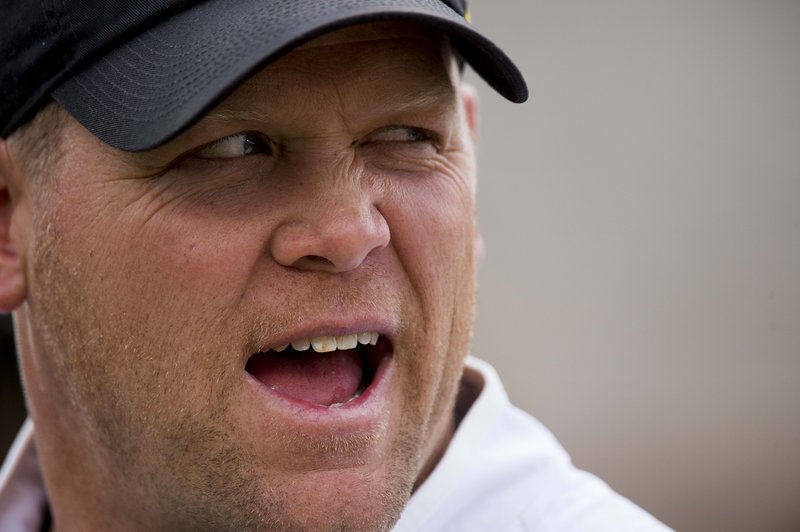 HOOVER, Ala. -- When Missouri's players arrived at SEC media days last week, they were met with questions about the news that Mack Rhoades had resigned as the Tigers' athletic director about an hour earlier to take the same position at Baylor.

"It's shocking, but nothing's going to change for us," Missouri senior tight end Sean Culkin said. "Our football team is going to be fine."

The Tigers have gotten so used to dealing with the unexpected in recent months that shocking news no longer should come as a surprise.

"It's definitely been a lot of adversity in the last year," Culkin said. "I think if anything, it's brought us closer together."

Consider that since October, Missouri has dealt with:

• The suspension of starting quarterback Maty Mauk after four games and eventually his dismissal after the season.

• A threat by some Tigers not to play against BYU until Tim Wolfe was removed as president of the University Missouri system to show support for graduate student Jonathan Butler, who was waging a hunger strike because he believed Wolfe had been unresponsive to racial incidents on campus.

• Wolfe's resignation and the ouster of R. Bowen Loftin as Missouri's chancellor by the board of curators, after which the Tigers beat BYU 20-16.

• Gary Pinkel's announcement Nov. 13, the day before the BYU game, that he would resign after 15 seasons as Missouri's coach to focus on his treatment for non-Hodgkin's lymphoma, a form of cancer that affects the immune system.

• Finishing 5-7, losing the last six conference games and missing a bowl game after winning the SEC East title the previous two seasons and going a combined 23-5.

So forgive the Tigers if they're not panicking over the loss of their athletic director, who was on the job for 14 months.

"You just have to keep moving forward like nothing's wrong, like nothing has changed. I'm going to show up tomorrow morning for workouts and work out. Nothing's going to change because someone's gone."

Amid negativity engulfing the football program, the Tigers have rallied around the hiring of Barry Odom as Pinkel's replacement. Video of Odom being announced as coach shows the players cheering and mobbing him.

Odom, 39, is a former Missouri player, director of football operations and assistant coach who was the Tigers' defensive coordinator last season.

"From the players' standpoint, it was cool to have an in-house hire," Culkin said. "There was a lot of uncertainty. We didn't know what was going to happen.

"So with Coach Odom, we have somebody we already knew and trusted."

As good as the defense played, it wasn't enough to offset an inept offense.

With Drew Lock forced to start at quarterback as a true freshman the final eight games because of Mauk's suspension, the Tigers finished 127th nationally in scoring offense (13.6 points) and 125th in total offense (280.9 yards).

"What happened on offense was frustrating for sure," Culkin said. "It's tough to deal with that, especially when the defense is playing so good."

So how does the offense turn it around in one season?

"Honestly, we just need to make better plays, and make more of them," Culkin said. "Football is a game of who can make more plays than the other team, and we didn't make enough last year.

"We've identified that problem, and we're ready to do better."

"Offensively, we've got to be creative enough schematically to make sure that we're doing everything we can to give our kids a chance to go make a play by a formation, by a shift, by a motion," Odom said. "Let's give ourselves a chance offensively to play with the skill set of guys that we have."

"Drew was thrown into the SEC as a freshman quarterback with a struggling offense, and that's a hard situation to be in," Culkin said. "But I think what he learned last year was what it takes to win in the SEC, and that's going to pay dividends going forward. I've seen a lot of growth in him since last season."

Defense should again be a strength for the Tigers with eight returning starters, led by junior end Charles Harris, who had 18½ tackles for a loss totaling 85 yards last season.

"If you come to our Tuesday practice and watch Charles, it looks like it's game day and it's fourth-and-1," Odom said. "I think that sets him apart.

"He's got an inner drive and demeanor that he wants to be the best."

Odom returned to Missouri last season after being the defensive coordinator at Memphis from 2012-2014.

"I knew the second I met Coach Odom two years ago that he was going to be a head coach some day, and a successful one," Culkin said. "Did I ever think he'd be my coach this year? No.

"But if you had told me a few years down the line that he's going to be a successful coach somewhere, I would have said, 'Absolutely.'

"So I'm excited that I get to play for him this year."

Odom may have had his sights set on becoming Missouri's coach some day, but no one could have foreseen Pinkel resigning after last season.

"A couple of years ago I was told a number of times, 'Hey, you need to get ready to start preparing to be a head coach, because you're not far away from getting a couple interviews,' " Odom said. "I always trained when I was with Coach Pinkel for the opportunity."

Odom said he's not concerned about the uncertainty in Missouri's administration -- with an interim system president, chancellor and athletic director -- and the departure of the man who hired him to be the coach.

"I absolutely know that we'll get a great director of athletics in there and the things that we've done the last eight months are going to set us up for the next 20 years," Odom said. "The University of Missouri's been around since 1839, and it's going to be around a long, long time."