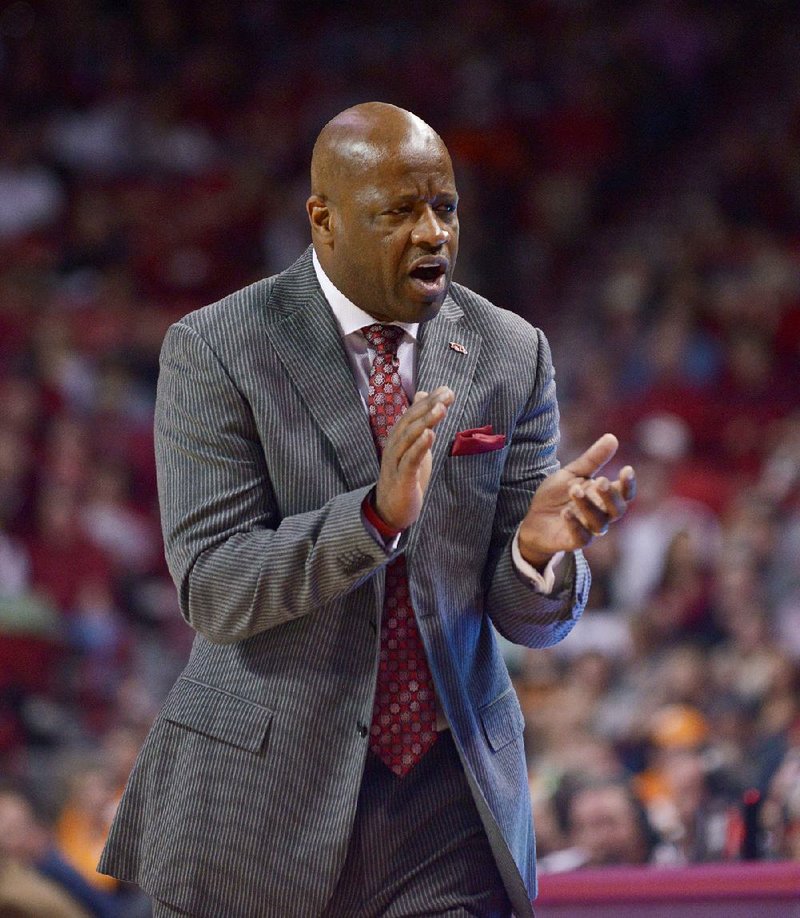 Arkansas coach Mike Anderson reacts to a call on Saturday Jan. 6, 2016 during the game against Tennessee in Bud Walton Arena in Fayetteville.

Watkins watched 2018 guard Courtney Ramey of Webster Groves, Mo. in one of the 6:20 games in the Adidas Summer Championships. Ramey scored 18 points in Team Ramey 65-48 victory over Exum Elite of Utah. His father, Terrell coached former Hog B.J. Young and is very familiar with the Arkansas staff.

As noted in the story posted, assistant coach Scotty Thurman watched 2018 guard Gabe Kalscheur Wednesday night. It looks like Kalscheur, who's from Minnesota, will make a trip to Fayetteville this fall.