Joe should be next Hawk to receive offer 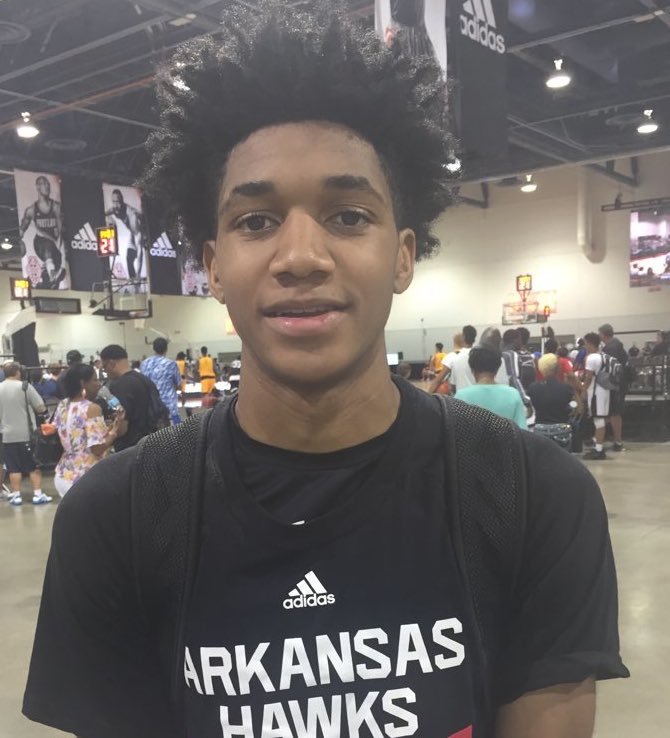 LAS VEGAS — Arkansas Hawks 16-under guard Isaiah Joe is making it hard for college coaches not to notice him this spring and summer.

Joe, 6-2, 160 of Forth Smith Northside is known for being an outstanding outside shot, but his overall game has impressed too. He started off the Adidas Summer Championships with a 26 point effort in a 94-86 overtime victory over New England Playaz on Thursday.

He hit six three-pointers during the game and often when the Hawks were in desperate need of a basket.

“I feel like when it’s tough situation,” Joe said. “I can provide for my team. It’s also my teammates. They found me. They’re real good about seeing me.”

Arkansas, Tulsa, Alabama and Arkansas-Little Rock are some of the teams showing interest. He's the lone starter on the Hawks without an offer, but Hawks founder and Coach Bill Ingram believes Joe could receive some good news after Las Vegas.

Joe and the other four Hawks starters Reggie Perry, Ethan Henderson, Desi Sills and Justice Hill will play on the D-I level. Joe believes he and his teammates will look back on these days.

“I need to work on my defense just a little, but I like to play defense, but I need more work along with handling the ball,” he said.