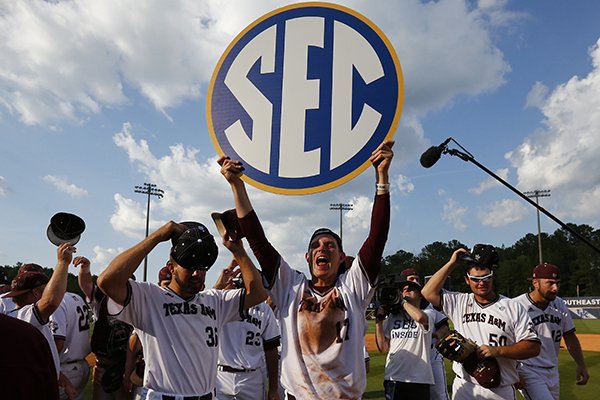 Texas A&M's players celebrate their win over Florida after the Southeastern Conference NCAA college baseball championship game at the Hoover Met, Sunday, May 29, 2016, in Hoover, Ala. (AP Photo/Brynn Anderson)

HOOVER, Ala. (AP) — The Southeastern Conference baseball tournament is staying at the Hoover Met at least through 2017.

SEC Commissioner Greg Sankey announced the decision on Friday to remain in the stadium that's hosted the tournament for 19 years. City officials and the league are still working on details to possibly extend the agreement beyond next season.

The city of Hoover is building a $76 million sports complex adjacent to the Hoover Met.