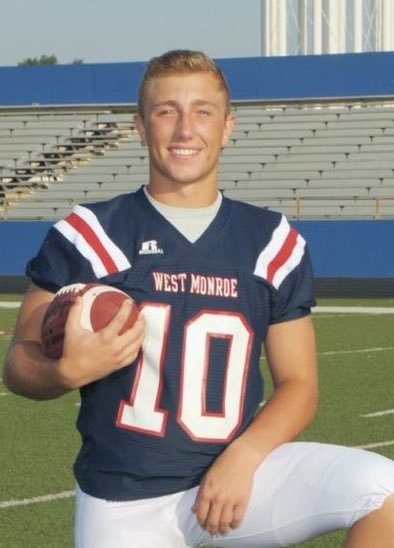 Athlete Slade Bolden, who’s one of the better junior prospects in Louisiana, took part in Arkansas’ three-day camp on June 19-21 and came away impressed with the Hogs.

“Just walking into the indoor facility was a great sight,” Bolden said.

He’s being recruited by Razorback receivers coach Michael Smith, but others on the staff were aware of him.

“A few coaches already knew who I was, and Coach Smith made me feel at home and showed a lot of love,” Bolden said. “They made me feel as If I was a big-time recruit.”

Bolden played quarterback, running back and receiver as a sophomore and had 128 carries for 1,165 yards, 18 touchdowns along with 24 receptions for 402 yards and 3 touchdowns while also throwing 4 passing touchdowns.

He was named the 2015 All Ouachita Parish Most Valuable Offensive Player by the Quachita Citizen.

“I think I would be able to play any skilled position on offense and defense,” said Bolden of the college level.

Bolden did something rare for West Monroe: He started every game as a freshman and rushed for more than 900 yards for the tradition-rich Rebels.

He’s hoping the Hogs extend an offer in the future.

“That would be huge,” Bolden said. “That would open up a lot of doors in my recruiting process, and it would also mean I would have the opportunity to play at the highest level in college ball.”

The Razorbacks are looking at him on both sides of the ball.

“He wants me up there,” said Bolden of Smith. “He likes me on offense and at safety.”