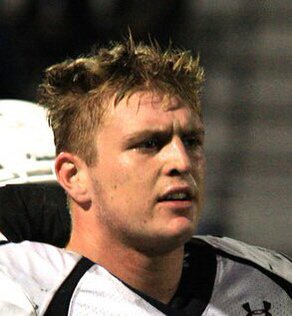 The Arkansas coaches are trying to lure junior linebacker target Bumper Pool to Fayetteville, but so is Hog junior quarterback commitment Connor Noland of Greenwood.

The two have been communicating for several weeks, and Noland will get a chance to talk to Pool when the two highly regarded prospects visit the Hogs for Saturday's game against Texas State in Reynolds Razorback Stadium.

Pool, 6-2, 216 pounds, of Lucas (Texas) Lovejoy has scholarship offers from Arkansas, Southern Cal, Alabama, Baylor, SMU, Oklahoma State, TCU, Michigan, Texas A&M and others. ESPN rates him the No. 3 inside linebacker and No. 153 overall prospect in the nation for the 2018 class.

"He's just saying Arkansas is building something special, the facilities and coaches are the best in the country and they hope to build a good class," Pool said. "Then we talked about the TCU game just recently."

Pool has strong ties to the Razorbacks. His father, Jeff, attended Arkansas along with two aunts that now live in Conway while his sister is currently attending the university.

He's looking forward to seeing the environment of Saturday's game.

"Seeing the excitement around the program after the big win," Pool said.