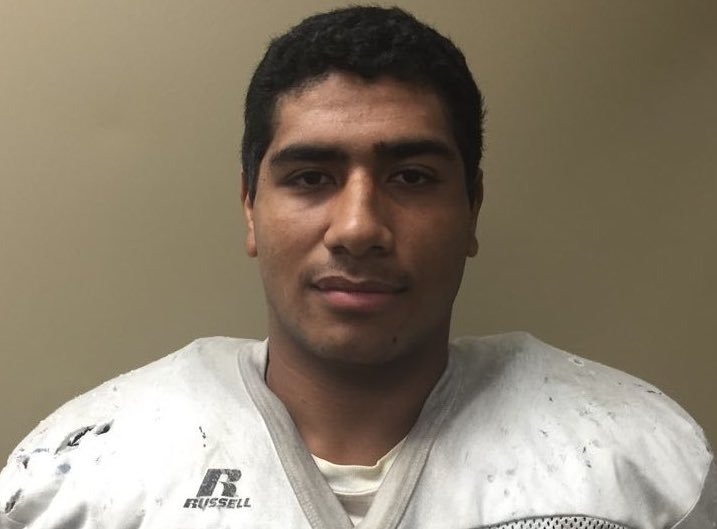 “It continues to pick up as his junior film gets out,” Wood said.

“He’s been starting since his 10th grade year and he spot played as a 9th grader,” Wood said. “Now the game is even slower for him in the sense of seeing things. He’s just a different animal.”

“Jeff City checked all of their running game away from him,” Wood said. “He came to the sideline and he told our linebackers coach “Coach, they’re checking away from me on all runs. That’s why there’s not a ton of stats on him right now, because no one will run at him.”

Alabama visited during the spring and was impressed.

“They saw him and they said that’s a typical Alabama inside linebacker,” he said.

Nasilai bench presses about 285 pounds and squats about 400.

“All of the years I’ve been up in the 7A West, I’ve never seen a Mike linebacker like him,” Wood said.