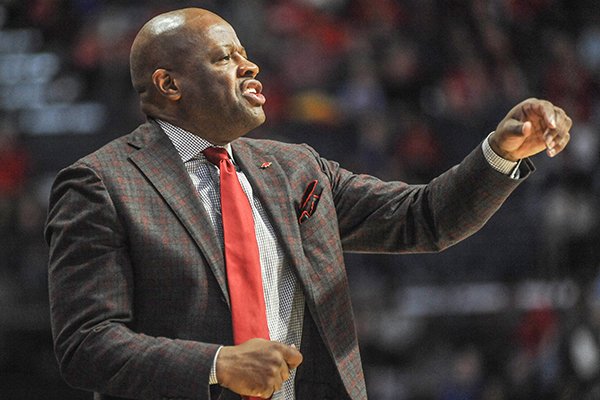 FAYETTEVILLE — Arkansas basketball has agreed to play in the inaugural Phil Knight Invitational in November 2017.

The event will be played at the Moda Center and Veterans Memorial Coliseum in Portland, Ore., from Nov. 23-26, 2017. It will include 16 teams that will play in two eight-team brackets.

The tournament is being called the greatest collection of teams ever at one event — and for good reason. Other teams involved in the event include Duke, North Carolina, Michigan State, Connecticut, Florida, Gonzaga, Georgetown, Butler, Texas, Stanford, Oregon, Oklahoma, Ohio State, Portland and Portland State.

"I think it's a great, great setup for a great, great tournament," Arkansas coach Mike Anderson said Wednesday on the SEC Network's Paul Finebaum Show. "It will get these teams prepared as they go through nonconference and hopefully for conference play. The national championship team could come out of this tournament. That, to me, is exciting."

Kentucky previously committed to play in the tournament, according to ESPN in August 2012, but has since backed out. That opened the door for Arkansas to be the second SEC team in the field.

The 16 committed programs have combined for 391 NCAA Tournament appearances, 89 Final Fours and 23 national championships. All are Nike-affiliated schools.

The event is named for Nike co-founder Phil Knight.

"All of these great basketball programs have been supported by Phil Knight and Nike," Michigan State athletics director Mark Hollis told ESPN in August 2012. "His support of the programs have created scholarships and resources for these departments to excel."

Brackets for the event have not been released. Teams from the same conference will not be included in the same bracket.

CORRECTION: A previous version of this story incorrectly stated the ESPN article was written in August. It has been updated to read August 2012.