Louisiana forward has a good 'vibe' with Thurman 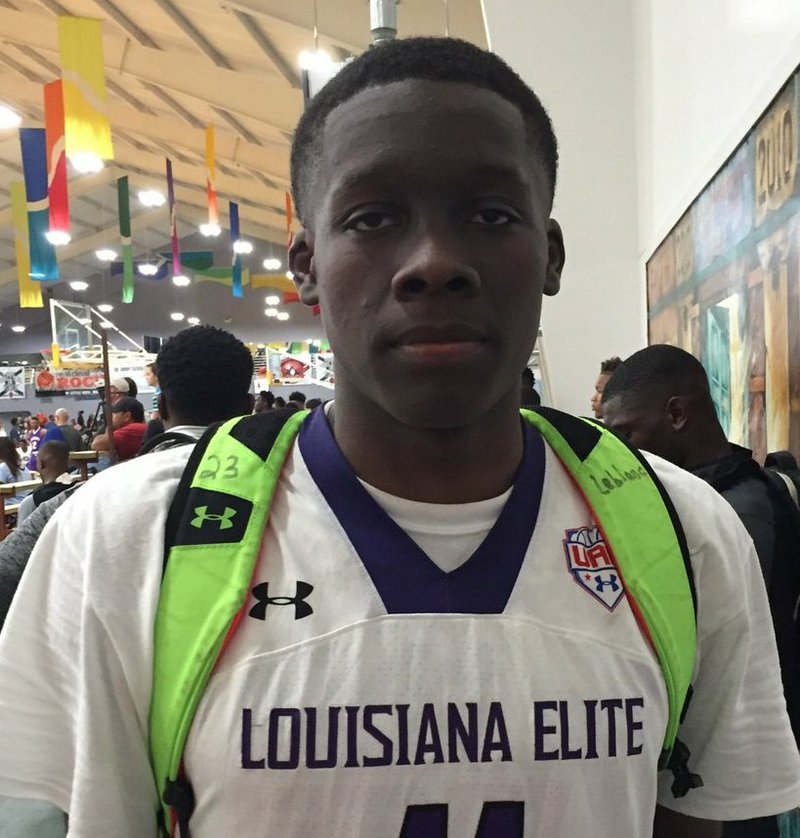 Louisiana junior forward Josh Leblanc, an ESPN 4-star prospect, said he has interest in Arkansas because of the vibe he has with assistant Scotty Thurman.

He was one of several prospects at Real Deal in the Rock basketball tournament in Little Rock who the Hogs will evaluate this spring and summer.

Leblanc, 6-7, 210 pounds, of Baton Rouge Madison Prep Academy played for Louisiana Elite over the weekend. He reports scholarship offers from Texas A&M, and Alabama-Birmingham and believes the Razorbacks could be the next to extend an offer. He thinks highly of Thurman.

“It’s like I’ve been knowing him,” Leblanc said. “He’s a cool coach. He wants to get to know you before he says he wants you. He’s just real about everything. He tells you how it’s going to be in the future.”

He led Louisiana Elite with 18 points in a 78-53 victory over the Mid-South Kings on Saturday. Leblanc helped lead Madison Prep to a 35-3 record and the Class 2A state title this past season. He had 12 points and 16 rebounds in the championship game against Rayville.

Leblanc, who has a 6-10 wingspan, showed off his athleticism by winning the 2017 Bass Pro Tournament of Champions Dunk Competition in Springfield, Mo., in January. He’s also attracted to Arkansas because of the Hogs' style of play.

“That’s how I like to play — playing fast, that’s my bread and butter,” Leblanc said. “I like getting out and running and defending and finishing on fast breaks.”

He’s equally talented in the classroom. He has a 4.0 grade point average and has plans to major in business. The nationally acclaimed Sam M. Walton College of Business at Arkansas is also attractive.

“That like a plus,” he said. “If I was to go to school there, I would be with the best of the best.”