Hogs up one spot in baseball poll 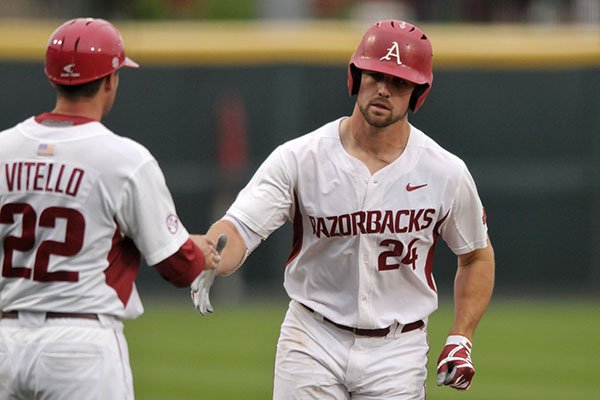 FAYETTEVILLE — Arkansas baseball moved up one position in the USA Today Coaches' Poll after a 4-0 week.

Arkansas (29-8, 11-4 SEC) enters the week in first place in the SEC, one game ahead of a three-way tie for second between Auburn, Mississippi State and Kentucky.

Seven SEC teams are among the 18 highest-ranked teams this week. In addition to Arkansas and Auburn, other ranked SEC teams are LSU (8), Florida (10), Kentucky (13), Mississippi State (16) and South Carolina (18).