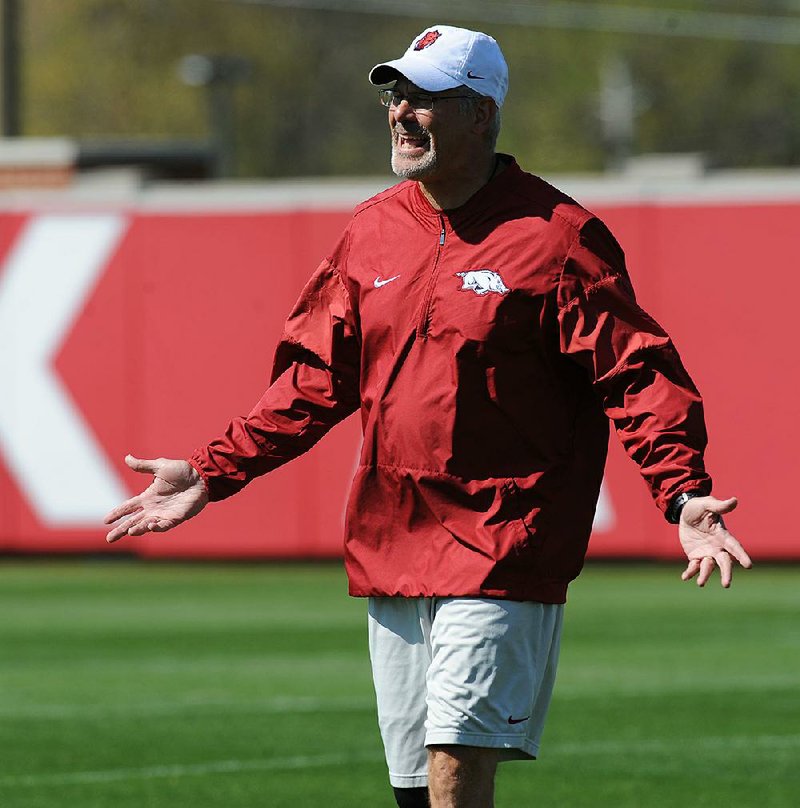 Arkansas visited the school of one of the top junior college linemen in the nation on Monday.

He has 10 offers from schools like Virginia, Memphis, Arkansas State, SMU, Texas State and others. Hog offensive line coach Kurt Anderson visited the school on Monday to check on Gatlin and sophomore offensive lineman Darius Thomas.

Burgess, 6-4, 340 pounds, recently visited Arkansas and has plans to attend the Hogs' lineman camp and several other college camps. Anderson visited the school on Monday.

Running back A.J. Carter, 6-0, 225, 4.57 of Many, Louisiana said he plans to visit Arkansas for the spring game on April 29. He reports having an offer from the Hogs along with 17 other schools.