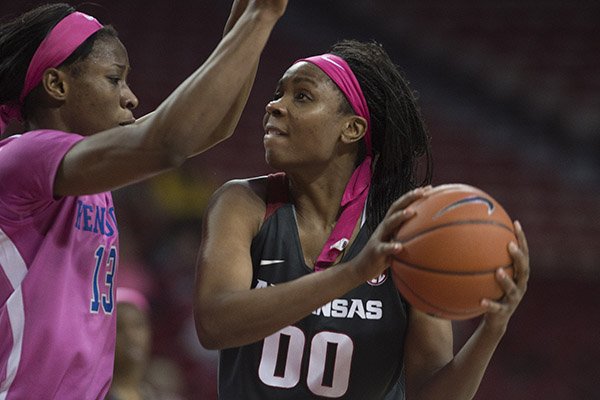 Arkansas' Jessica Jackson eyes the basket while Kentucky's Evelyn Akhator defends during the second half of a game Thursday Feb. 16, 2017, at Bud Walton Arena in Fayetteville. The Wildcats won 69-62.

Jackson, from Jacksonville, is among 24 players at the Sparks' training camp, which starts Sunday, according to a news release.

The Sparks will cut their roster to 16 players for the start of the WNBA season on May 13.