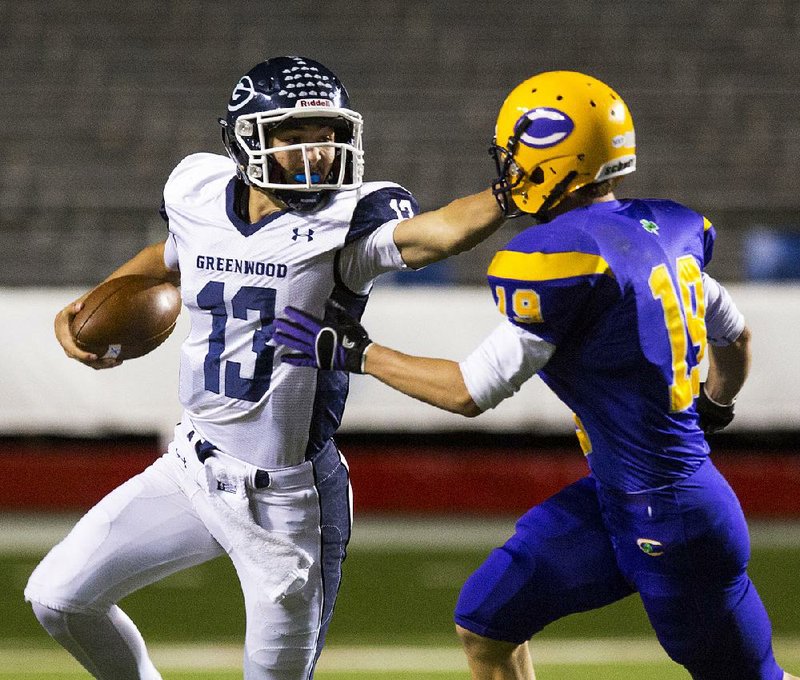 Connor Noland (13) passed for 844 yards and eight touchdowns for Greenwood last season, and he has exhibited a 90-mph fastball as a pitcher for the Bulldogs’ baseball team.

Nolan allowed three hits and struck out 10 while not allowing a walk in Greenwood's 3-0 victory over Russellville. He also was two-of-three at the plate with one RBI.